More than 1,100 Palestinian civilians slaughtered as of July 26

“Operation Protective Edge”
The ongoing holocaust against the Palestinians 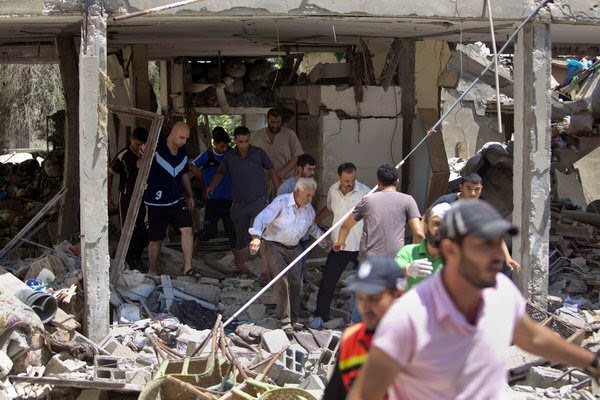 Palestinians helped a survivor after Israelis bombed his home in Gaza City on Sunday, July 27. 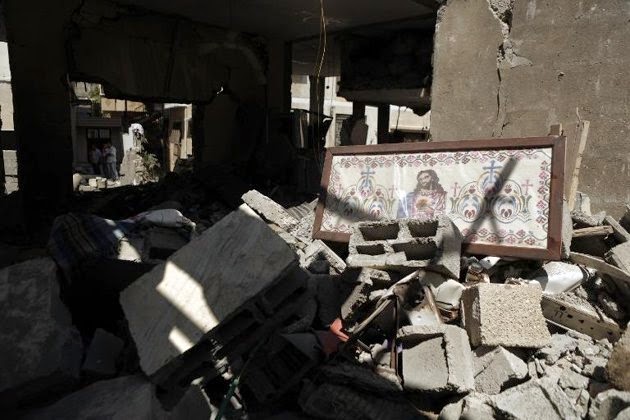 The remans of the home of a Palestinian Christian woman, Jalila Ayyad, which was was bombed by Israeli terrorists on July 27, 2014. 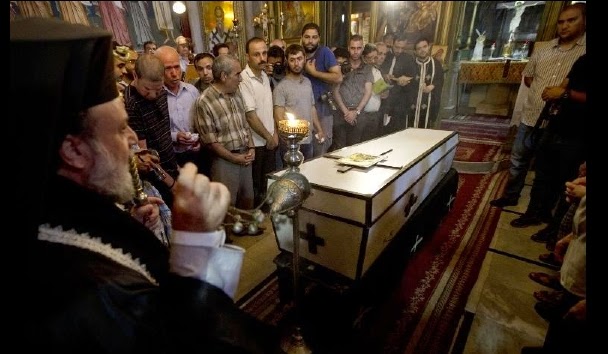 Funeral in a church in Gaza for Jalila Ayyad

Israelis have killed a Palestinian Christian in Gaza. Will Protestant Fundamentalists in the USA protest her death?

Mrs. Ayyad’s husband, George Ayyad, dismissed the idea that her death would force more of the Christian population out of Gaza: "If we leave, that's what the Israelis want.”

News Media Bias: If Hamas had done this instead of the Israelis, Jalila Ayyad's funeral would have been broadcast on every TV news channel in the USA. 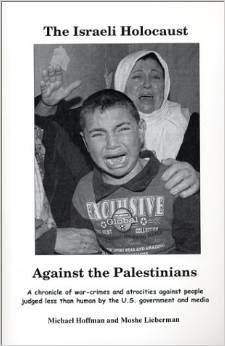 It's been awhile since I've been in touch but regardless of that the current situation in Gaza has shown the world (once again) the true face of Zionist Israel and how the governing powers treat the Palestinian people.

I, like so many others, pray that the world will raise its collective voice and demand that the genocide stop immediately.

How the Jews of this world expect the rest of humanity to respect them when their actions bespeak demonic influences is beyond comprehension. It's clear that they don't care what the rest of the world thinks and that's the most frightening and dangerous aspect of their behaviour.

Good to see that you are continuing to assist in this broader awakening.

I take objection to this sentence, however: "How the Jews of this world expect the rest of humanity to respect them when their actions bespeak demonic influences is beyond comprehension.”

How do we indict “the Jews” of the entire world for what the Israelis and Zionists are doing?

A significant segment of Judaic persons oppose Zionism and Israeli war crimes. Shouldn’t we acknowledge and applaud their dissent?