Let’s not forget Goldstein’s mass murder at the mosque 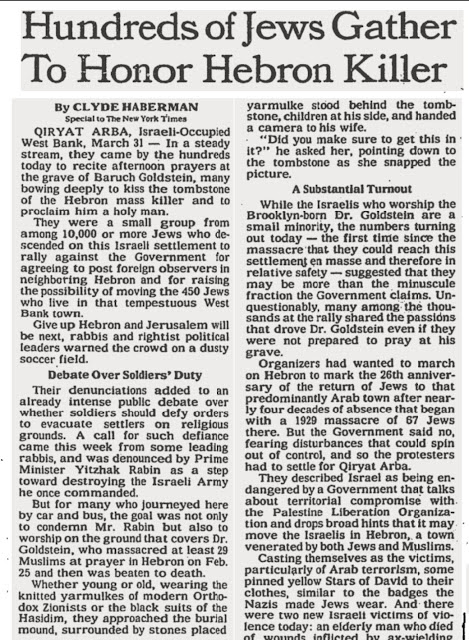 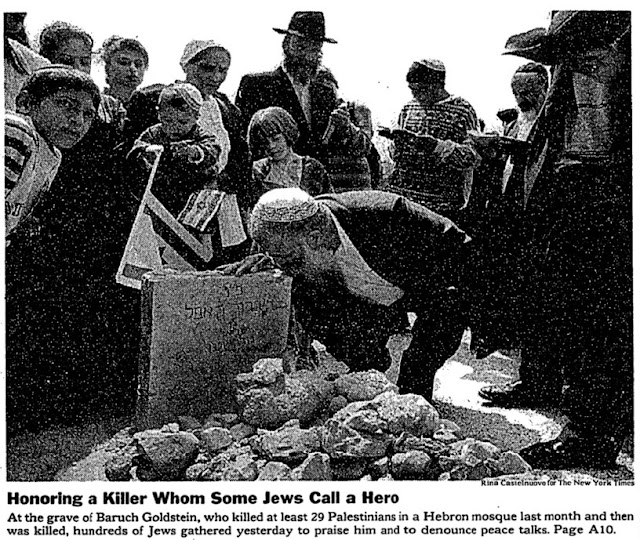 Let us mourn all the attacks on houses of worship, including the massacre at the mosque in Hebron on Purim 1994, when Brooklyn-born Israeli settler Baruch Goldstein slaughtered 29 Palestinians while they prayed.

This mass murderer is honored as a saint by some Israelis, and a book of 533 pages was published in praise of his homicidal deeds: Baruch Ha-Gever (“Baruch the Saint,” Jerusalem, 1995, Mikhael Ben-Horin, ed.).

Your donation = our survival

Without your support we cannot continue this work. Let us hear from you! 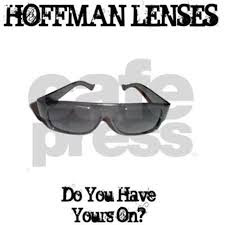 If he wasn’t a Deep State patsy, then why would Cesar Sayoc continue to send so-called “bombs” to Democrats for days, even after they were causing Trump and the GOP to drop in the polls? This supposed Trump suppoter persisted in mailing “bombs” even after it was shown they were doing harm to the President and Republican candidates.
____________

I published a tweet-length version of this “Profile” on Twitter at 1:05 pm on Thursday, October 25. I wrote the following full profile today (Oct. 26) at 7:18 a.m., prior to the patsy’s arrest in Broward County, Florida.

He’ll be a patsy.

He’ll be on medication.

The media will not search for the patsy’s handlers.

After his arrest he’ll be held incommunicado in solitary confinement, and drugged with more ‘medication.’

His ‘defense’ attorney will be either incompetent or a Deep State shill.

His guilt and subsequent conviction will be predetermined.

Afterward, the media will declare that ‘the case is closed.’

Anyone who says there are too many unanswered questions to justify closing the case, will be smeared as a ‘pipe bomb truther’ and a ‘conspiracy theorist.'

Former FBI assistant director Chris Swecker has told Fox News that the pipe bombs may have come from “someone who is trying to get the Democratic vote out and incur sympathy.”
https://www.rawstory.com/2018/10/fox-news-expert-claims-mail-bombs-sent-liberals-trying-get-democratic-vote/

“New York Police officials...are ...refusing to answer whether they had concluded privately one way or another that the devices were actually meant to explode.”
https://thehill.com/policy/national-security/413214-authorities-not-treating-suspected-bombs-as-hoax-devices-ny-police

The Wall Street Journal has downgraded the description of things being mailed to Democrats as "suspicious packages" rather than bombs.
https://www.wsj.com/articles/suspicious-package-to-sen-cory-booker-intercepted-in-florida-1540558252?mod=hp_lead_pos5

Last year a string of bomb threats against Zionist institutions in the United States was thought to be "an act of anti-Semitic intimidation" until police apprehended a Judaic-Israeli man for the crimes.
https://www.nytimes.com/2017/03/23/us/jcc-bomb-threats.html
__________

Michael Hoffman is the author of Secret Societies and Psychological Warfare, and King-Kill / 33 (with James Shelby Downward)

Published as a public service thanks to our donors and benefactors