To the Editor of the New York Times

McCain even sought a U.S. invasion of Syria on the side of al Qaeda. This damaging fact is also omitted in Gordon’s article. Furthermore, Mr. Gordon quotes only a snippet of Sen. Rand Paul’s critique of McCain, while leaving out Paul’s strongest statement: McCain’s disastrously poor judgment in regard to the Iraq war and Syria.

Your omissions are tantamount to fake news: by suppressing key facts about McCain the Times is building the reputation of Mr. Trump’s chief critic in the Senate. The NY Times has a policy of publishing everything bad about Trump, while you cover up McCain’s catastrophic errors in judgment. Your bias is patent. The fact that it is retailed by an Iraq war faker like Gordon exacerbates the injustice. 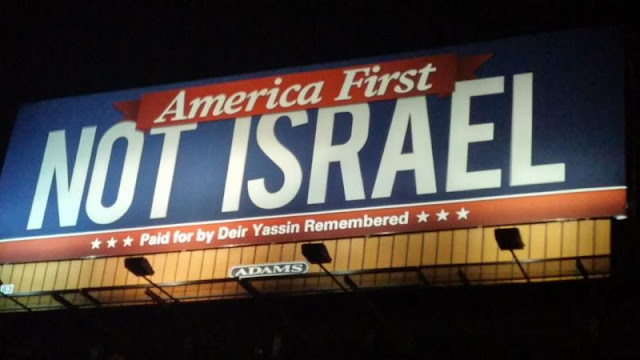 72nd anniversary of the slaughter-bombing of Dresden

2020:
75nd anniversary of the slaughter-bombing of the city of Dresden 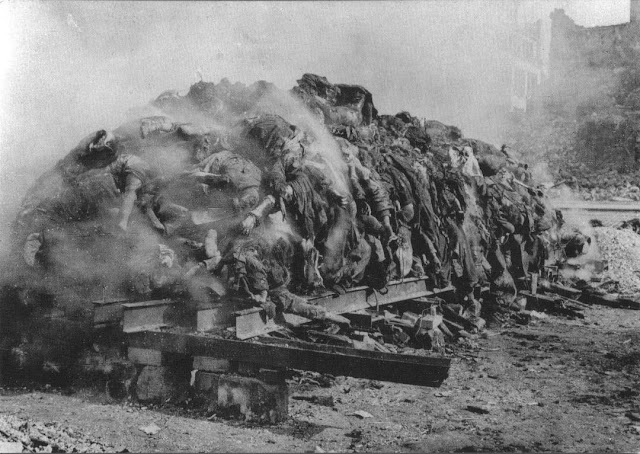 Today, Feb. 14, is the 72nd anniversary of the Allied Aschermittwoch (“Ash Wednesday”) slaughter-bombing holocaust against the art city of Dresden, Germany, where upwards of 100,000 civilians were incinerated, and the priceless art treasures of the historic city were forever obliterated. Even if we limit concern to aesthetics alone, the savage fire-bombing of this mostly medieval German city wiped out a fairy tale architecture of awesome beauty.

The saturation incendiary bombing by the RAF and the US Army Air Force was one of the most barbarian assaults in the history of the West. Because the victims were the “wicked” German people however, this holocaust is barely a blip on the moral outrage screen of our patrician “Good War” enthusiasts.

The spot where the corpses of German civilians in the photo above were piled is today marked by an engraved stone put up by the post-war German government. It is inscribed, “Germany brought war to the world and here it was brought back to Germany.”

Do the fools who scribbled that epitaph understand the implications of their alibi for terrorism? It was America that “brought war” to Iraq. Therefore, is it permissible for Iraqis to commit terrorism against American civilians?  It was the Judaic Bolsheviks who had been (largely) raised in Talmudic homes who “brought war” to the Christians of Russia. Therefore, was it permissible for Hitler to terrorize Judaic civilians? There is no excuse for targeting civilians, whether by ISIS in the Middle East or the British and Americans in the heart of ancient Saxony.

This writer has had friendships with a few combat veterans of the Second World War Germany army. One of these was the Roman Catholic German soldier Hans von der Heide. In 1985 he related to me (on videotape) that he and his brother soldiers were held captive in an American POW camp after the war and were shown atrocity photos of "German crimes." One of the photos was said to be of “Jewish victims of Auschwitz.” The photo shown was the one we have reproduced in this column. Mr. Von der Heide told me that one of the German soldiers present knew Saxony well and shouted to the American in charge of their “re-education” session, “Those are the dead of Dresden, not Auschwitz!”

This column is made possible by sales of Mr. Hoffman’s work, and donations from truth-seekers.