Here is something from the November/December 2013 issue of Scottish Rite (the magazine published by the Southern Jurisdiction Scottish Rite of Freemasonry and  formerly called The New Age). In its "Holiday Hints” section it promotes a Heavy Metal music album along with a selection of other books devoted to Masonic history.  The album is titled, "Dream Theater, Black Clouds and Silver Linings," by John Petrucci from Roadrunner Records (2009), available on the Internet for $16.63.(ASIN:B0026JSLHW).  Here are the lyrics from the song, “A Rite of Passage":

Since the New World Order
Played upon our Fears
Spreading accusations of radical ideas
...This is the New World Order
Plague upon our Peers
Spreading accusations of radical fears
The brotherhood of wisdom, Strength and dignity
Its rituals and secrets
Remain a mystery
Beneath an ever watchful eye
The angels of the Temple fly
Turn the key, Walk through the gates
The great ascent to reach a higher state
A rite of passage, the final stage, a sacred home
Unlock the door and lay upon a stone
A rite of passage
Men of wealth and power...Influence and fate,
Philosophers and leaders
Are members of the Trade
Bound by open honor
Like the Rose and the Cross
An enigmatic union
Of Esoteric thought
The seven stars,
The rising Sun
A perfect world, its new Life has begun
A rite of passage.

Is the Scottish Rite bragging here, in esoteric language, that much of what is said about the New World Order is true? Here, no doubt, is a hint to the 32 and 33 degree about what their order is really about.   Maybe the lyrics should instead be called Childhood’s End after Arthur C. Clarke's Novel. 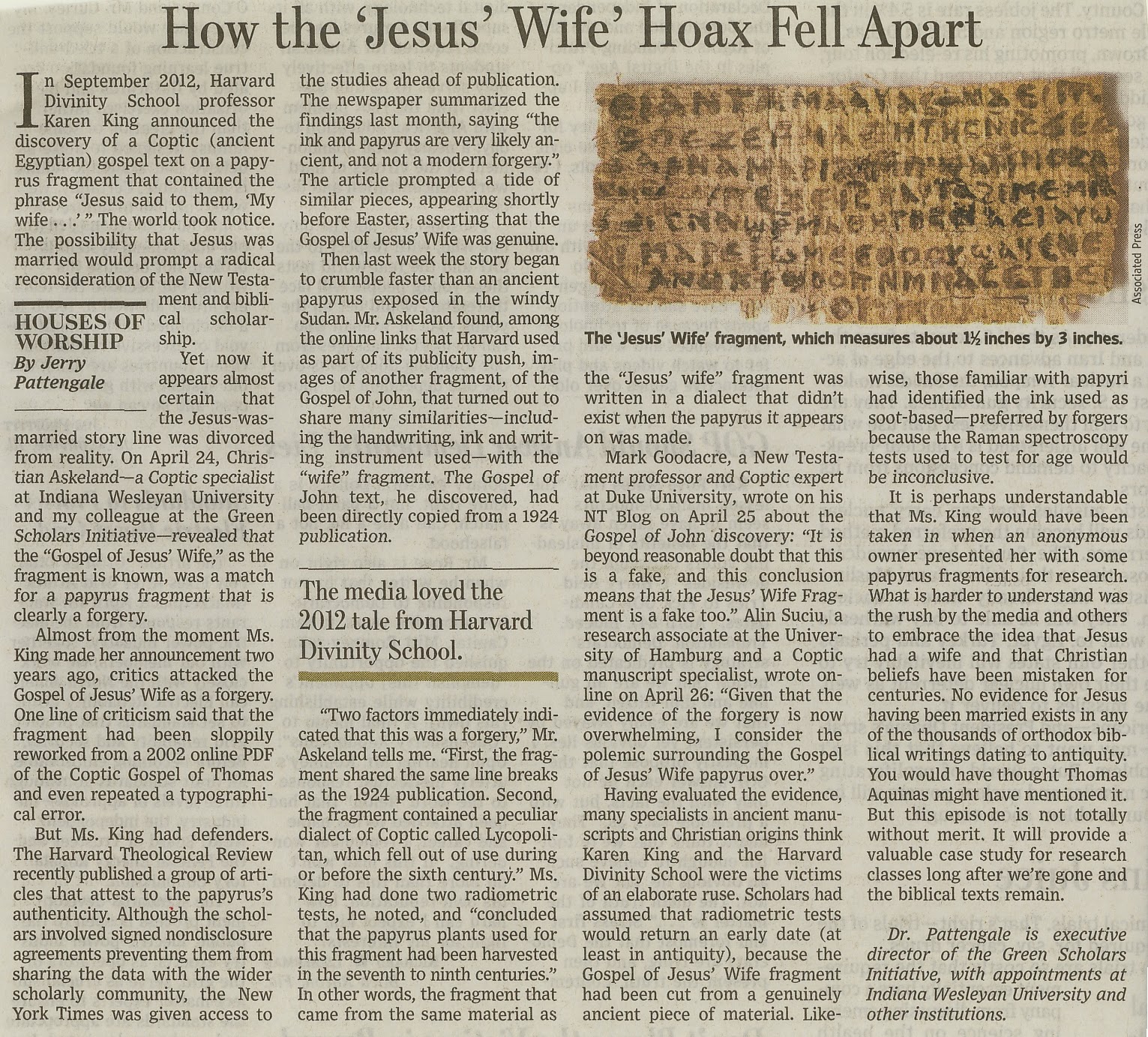 The "Jesus had a wife” hoax was timed to coincide in 2014 with the Christian Lent, to detract from the holy season by reporting a blasphemous and sacrilegious fraud as if it were the truth.

Furthermore, “Conservatives” Bill O’Reilly and “Judge Napolitano” served similar functions in April with a book and a column minimizing (or in Napolitano’s case eliminating altogether) the Judaic role in the death of Christ [see pdf. file: "Bill O'Reilly's Midrash on Christ"  http://revisionisthistorystore.blogspot.com].

The Zionist-influenced US media despise the authentic Jesus Christ of the Gospels and the historic Church, and prefer to replace Him by foisting on the public the image of a false Christ, who was either married, or whose death was mainly or solely the fault of the Romans, contrary to what the Bible teaches.

Hence, almost every Lent the media mock or defame Jesus Christ by publicizing some spurious but “scientific"-sounding tall tale retailed by supposed “experts in the field.”

Almost every year during Lent the media mock or defame Jesus Christ by publicizing some spurious but “scientific"-sounding tall tale retailed by supposed “experts in the field." The Harvard Divinity School version, disseminated nationally by Laurie Goodstein and the New York Times, is the latest example.