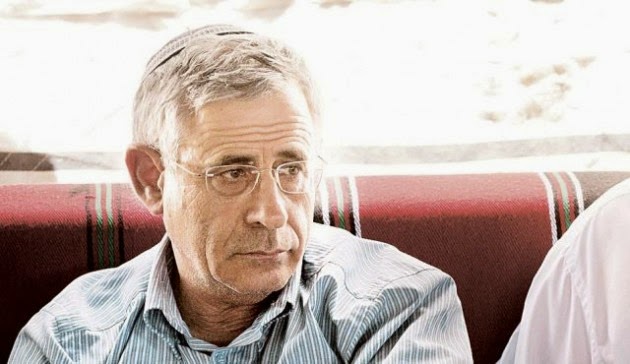 (Haaretz) — “The only thing that can deter terrorists, like those who kidnapped the children and killed them, is the knowledge that their sister or their mother will be raped.” This assertion was made by Middle East scholar Dr. Mordechai Kedar of Bar-Ilan University on an Israel Radio program. “It sounds very bad, but that’s the Middle East,” added Kedar, of Bar-Ilan’s Department of Arabic.

The program “Hakol Diburim” (“It’s All Talk”) was broadcast on July 1, immediately after the discovery of the bodies of Gilad Shaar, Naftali Fraenkel and Eyal Yifrah, who were kidnapped and murdered in the West Bank. It dealt, among other things, with the question of how Hamas can be deterred.

“You have to understand the culture in which we live,” said Kedar. “The only thing that deters [Hamas leaders] is a threat to the connection between their heads and their shoulders.” When presenter Yossi Hadar asked if that “could filter down” the organization’s ranks, Kedar replied: “No, because lower down the considerations are entirely different. Terrorists like those who kidnapped the children and killed them — the only thing that deters them is if they know that their sister or their mother will be raped in the event that they are caught. What can you do, that’s the culture in which we live.”

When Hadar said, “We can’t take such steps, of course,” Kedar continued: “I’m not talking about what we should or shouldn’t do. I’m talking about the facts. The only thing that deters a suicide bomber is the knowledge that if he pulls the trigger or blows himself up, his sister will be raped. That’s all. That’s the only thing that will bring him back home, in order to preserve his sister’s honor.”

Kedar is also a research fellow at the Begin-Sadat Center for Strategic Studies at Bar-Ilan, and in the past also served as chairman of the Israel Academia Monitor organization, which is involved in “exposing extremist Israeli academics who exploit academic freedom in order to take steps to deny Israel’s right to exist as a Jewish state.” The organization is engaged in a battle against professors identified with the left.

In the wake of the publication of his words, feminist activists today sent a letter to Bar-Ilan University president Rabbi Prof. Daniel Hershkowitz, in which they decried Kedar’s “words of incitement that grant legitimacy to Israel Defense Forces soldiers and Israeli civilians to commit rape, and endanger both Israeli and Palestinian women. Kedar’s words echo expressions that treat rape as a remedial practice, although it is a war crime.”

Though it will be claimed by the usual public relations hacks that Prof. Kedar's monstrous rape/deterrent observation is "condemned by the Jewish tradition" (citing, for example, BT Kiddushin 22), there are rabbinic escape clauses which justify rape. First, the rape target must be classified as a zonah (prostitute) or a nokri (hostile alien). The supreme Ashkenazic halachic authority, Rabbi Moses Maimonides, rules that a Judaic soldier may rape this type of female POW (Yefas To'ar) when he is not actively fighting a battle (cf. Hilchos Melachim 8:3). For an explication of this subject consult my book, Judaism Discovered, p. 904.

“It is the consensus of many halachic decisors (judges of rabbinic law) that the yefat to’ar (female goy captive) can be subject to involuntary intercourse, though only once, after which she must undergo a specific regimen described in the Torah (Torah sheBeal peh i.e. the Mishnah and Gemara), conversion and marriage, before her captor is permitted further sexual relations with her…”

(Zakheim was Under Secretary of Defense in the administration of George W. Bush, 2001-2004)

One wonders how much of an outcry this rape-as-a-deterrent observation will receive from Hillary Clinton and from big media like the New York Times. The Times published a lengthy, front page report on July 13, 2014 concerning a small U.S. college that supposedly was negligent in investigating the rape of an intoxicated female student.

New York Times Suppresses Prof. Kedar’s Statement
On August 4, 2014 the NY Times online permitted a passing reference to Kedar’s rape remarks. It appeared in the eleventh paragraph of an Op-Ed by Ali Jarbawi.

The Times claims to be deeply concerned about a culture of rape on American college campuses, but took 13 days to even mention (much less report) on the Israeli professor who teaches at a heralded Talmudic university, who states on Israeli radio that raping Palestinian women is the only effective deterrent against Palestinian armed resistance.

Prof. Kedar’s repulsive remarks deserve a separate article, and an exposé in the Times.

However, let the record show that the article by Jarbawi mentioning Kedar was not published in the print edition of the New York Times distributed in the U.S.

It was published only online, and in the printed International edition of the Times which contains only a mere passing mention of the Israeli advocacy of the rape of Arab women, which was omitted from the U.S. print edition, which still has the majority of the readers of the Times, who will not see even a passing mention of the outrageous Israeli rape-as-a-deterrent doctrine.  This is the same New York Times newspaper that has the brass to presume to judge and indict Russian media for alleged bias and mendacity.

Michael's column is made possible by donations from readers and the sale of his books and recordings.

While he was the Pentagon Comptroller, Rabbi Dov Zakheim wrote a paper which addresses this very topic:

Moses Maimonides was neither Ashkenazi nor the supreme Ashkenazic halakhic authority. On the former point, Maimonides, having been born in Spain, was Sephardi. On the latter point, his Mishneh Torah, while authoritative for Sephardim is not authoritative for Ashkenazim. That distinction goes to R' Josef Karo and his Shulchan Aruch, which gloss by R. Moses Isserles.

You should get a new prescription for your reading glasses. We did not state that Moses Maimonides was of Ashkenazi descent.

We said he was a top legal authority for those Orthodox who are of Ashkenazi descent. Your goofy claim that he is not, requires no rebuttal.

Karo’s Shulchan is a building block in the halachic edifice of which the Rambam is a preceding block and the Mishnah and Gemara of the Talmud Bavli are the foundation. Many other “blocks” (the Mishneh Berurah of the Chafetz Chaim for example) comprise the whole.

You actually do kind of have to rebut my claim, particularly when you misrepresent it. It isn't merely Karo's Shulchan Aruch that continues the authoritative source on Halakha; rather, it is R' Moses Isserles's gloss on the same. No Orthodox Jew living in the 21st century is going to posken to either Maimonides or Karo. They're going to require that their individual nusach be accommodated, and Isserles does that for Ashkenazim. If an Orthodox Ashkenazi Jew must rely on a single source, it is undoubtedly the Shulchan Aruch with Isserles's gloss.

Andrew is afflicted with the Talmudic mentality: he strains at gnats and swallows camels.

The "camel" in this instance is the idea that Isserles and Karo's authority is independent of Maimonides, which it most certainly is not.

Furthermore, in the context of contemporary Halacha, to cite Isserles while omitting the Chafetz Chaim, is a serious oversight.

Here are a few reasons why it's not always a mistake to omit the Chofetz Chaim in a citation of Halakha:

(1) Not everyone poskens to him, given that he was a highly controversial figure. Also, given the divide in Orthodox Judaism between misnagdim and chasidim since Isserles, many chasidim don't consider the Chofetz Chaim's rulings to be valid.

(2) Beyond this matter, and while the Chofetz Chaim was prolific, there is much in Halakha on which he did not comment. Isserles does not come with that particular issue because his gloss is comprehensive. The Chofetz Chaim's only comprehensive commentary is on Orach Chaim. Indeed, outside of the matter of lashon hara, where the Chofetz Chaim is indeed authoritative for most, he simply did not provide sufficient commentary on other matters, notably kashrut, milah, the ger toshav, etc.

So nice try on that. I note that elsewhere on your Website, you claim the Chofetz Chaim is an authority on how Judaism views Christianity: "Christianity is judged to be idol worship by every major halachic authority from Maimonides to the Chafetz Chaim." I would be interested to hear which of the writings of the Chofetz Chaim you quote on this point.

Andrew is playing a game of misdirection. He initiated a challenge to the authority of Maimonides and having lost that one has shifted to minutiae about Isserles vs The Choftez Chaim which affords him the opportunity to display his pedantry.

The claim that the O.C is mainly sourced for its rulings concerning malicious gossip ("lashon hara") tickles my funny bone.