Famous rock musician speaks out on Israeli racism and violence

Roger Waters is the co-founder of the rock band Pink Floyd, whose music album "Another Brick in the Wall (Part II)" topped the Billboard chart in the U.S. for fifteen weeks. "The Wall" ranks number three on the Recording Industry Association of America's list of the all-time Top 100 albums, with 23 million certified units sold in the U.S.

Here is an excerpt from an interview with Mr Waters conducted by CounterPunch magazine:

Waters: "I have nearly finished Max Blumenthal’s book Goliath: Life and Loathing in greater Israel. It’s a chilling read. It’s extremely well written in my view. He is a very good journalist and takes great pains to make sure that what he writes is correct. He also gives a voice to the other side. The voice, for instance, of the right wing rabbinate, which is so bizarre and hard to hear that you can hardly believe that it’s real. They believe some very weird stuff you know, they believe that everybody that is not a Jew is only on earth to serve them and they believe that the indigenous people of the region that they kicked off the land in 1948 and have continued to kick off the land ever since are sub-human. The parallels with what went on in the 30’s in Germany are so crushingly obvious...

"...where I live, in the USA...the propaganda machine that starts in Israeli schools and that continues through all the Netanyahu’s bluster is poured all over the United States, not just Fox but also CNN and in fact in all the mainstream media. It’s like a huge bucket of crap that they are pouring into the mouth of a gullible public in my view, when they say 'we are afraid of Iran, it is going to get nuclear weapons…'. It’s a diversionary tactic....no Israeli government has been serious about creating a Palestinian state since 1948. They’ve always had the Ben Gurion agenda of kicking all the Arabs out of the country and becoming greater Israel. They tell a lie as part of their propaganda machinery..This has been a very hard sell particularly where I live in the United States of America. The Jewish lobby is extraordinary powerful here and particularly in the industry that I work in, the music industry and in rock’n roll as they say. I promise you, naming no names, I’ve spoken to people who are terrified...if they stand shoulder to shoulder with me..."

We are witnessing momentous change in the anti-Zionist Left which used to believe the legend that Israeli Zionism was a violation of the religion of Orthodox Judaism’s ethics. Now writers like Max Blumental and observers such as musician Roger Waters perceive that “right wing (i.e. Talmudic) rabbis" are behind the violence against the Palestinians and the land grab, justifying it on the basis of rabbinic texts such as the Mishnah Berurah, Shulchan Aruch, and of course the Gemara (Talmud).

To be fair, those who claim that Israeli injustice is also rooted in the Old Testament should read Prof. Alexander McCaul’s masterwork, The Talmud Tested: A Comparison of the Principles and Doctrines of Modern Judaism with the Religion of Moses and the Prophets and then see if they still think that Judaic nationalism and chauvinism are supported by the Bible.

I. In a case in Russia where a Judaic person, Mendel Beilis, was not guilty of ritual murder, the innocent accused person was acquitted by decent gentiles: http://forward.com/articles/189185/blood-libel-trial-of-mendel-beilis-reverberates-a/ (Pay attention to the disparaging (but instructive) remarks in this article about Malamud's novel "The Fixer" - a book worth reading).

This does not signify that every accusation of Judaic ritual murder is not true, a claim refuted by Prof. Ariel Toaff in his book "Blood Passover," before he was forced to recant his thesis due to threats to his academic career and even his freedom.

II. Borrow a copy of today's Wall Street Journal and turn to page A15 in the first section and read the editorial column, "A Prelude to Murder: Calling Humans Vermin.” 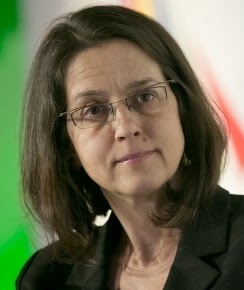 Susan Benesch, founder and director of the “Dangerous Speech Project"

In the column, Susan Benesch, a fellow of the US Holocaust Museum (she founded something called the “Dangerous Speech Project”), and her co-author Michael Abrahamowitz (a US Holocaust Museum director), offer as examples of hate speech-purveyors, Nazis, Buddhists, Greek Rightists, and Iranians who refer to Israeli Prime Minister Binyamin Netanyahu as a "rabid dog.”

Benesch and Abrahamowitz have not a word to say about influential rabbis such as Ovadia Yosef who declare their desire to annihilate the Arab people and subjugate the goyim. Benesch and Abrahamowitz give the impression that hate is being spewed by one broadly caricatured class of miscreants tracked and exposed by high-minded Judaic persons who are morally positioned to judge the offenders -- and exempt the rabbis.

In Defense of Norman Rockwell 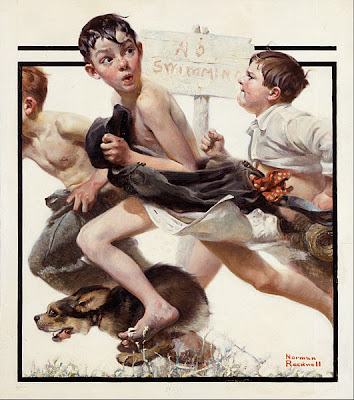 How our enemies despise the world that Norman Rockwell conveyed! In particular the innocence, the family values and the gay old times (before that word was ruined in our time).

We are grateful for the many hours of time-traveling marvels which Mr. Rockwell has afforded us – peering into the window of America's past, when the innocence of children was closely guarded; the machine had not yet devoured our taste, sensibility and proportion; and the permanent Communist revolution which grinds slower under the Republicans and faster under the Democrats – but grinds all the same – was not yet marching so inexorably on behalf of "change," our nation's great god. One Christmas in the mid-1990s we wrote a short story for the season inspired by the Rockwell magazine cover "Shuffleton's Barbershop."

In November 2013, Farrar, Straus and Giroux published a book, American Mirror: The Life and Art of Norman Rockwell, by the racist anti-goyimite Deborah Solomon, whose hideous libels against gentile artist Rockwell are monstrous to behold. Solomon, who usually wields her poison pen for the New York Times, has a filthy mind, and with her Freudian (or should we say Fraudian) perspective, she claims to have detected a pattern of pedophilia in Rockwell’s nostalgic depictions of boys at play in fields and streams and ponds; on baseball diamonds and football fields; and oh yes, in a physician’s office. In Mr. Rockwell’s beloved scenes of American boyhood, Deborah Solomon believes she has caught a dirty old man, leering and drooling over them. “Solomon is always alert to possible homoerotic themes in Rockwell’s work” (Christopher Benfey).

Solomon puts forth her scurrilous allegations on zero evidence. There is no letter, diary or document of any kind to support her perverted libel. How then can Solomon be so unfair?

In the canonical rabbinic texts that determine the laws which Judaics are to scrupulously obey and observe, the principles of fairness only apply between Judaic persons. “Gentiles do not necessarily respect these principles and, hence, there is no obligation to show them such consideration in return” [Rabbi Ezra Basri, Chief Justice of the District Court of Jerusalem, Ethics of Business (Haktav Press), vol. 2, chapter 13].

Imputations of the inherent moral turpitude of gentiles is a dogma of Orthodox Judaism. The gentile is always suspect (Kitzur Shulchan Aruch 167:15), even when he tries to do good. Rabbi Eliezer Shach was described by the Israeli newspaper Haaretz as “the ultimate authority in the ultra-Orthodox world in Israel for the past quarter of a century.” Rabbi Shach stated in Michtavim uMaamarim, vol. 1: “Regarding this non-Jew, today he shows you a smiling face for some political consideration and within his heart he lays plots...The voice is the voice of Yaakov (Jacob) and the hands are the hands of Eisav (Esau).”

All gentiles have the status of Esau in the recondite teachings of the rabbis of Orthodox Judaism. They are all suspected of robbery (according to Maimonides, cf. Shulchan Aruch, Choshen Mishpat 369:6), and murder (Kitzur Shulchan Aruch 168:17).

Norman Rockwell, by offering to the world a picture of American gentile life in the 20th century suffused with goodness and decency, could not be allowed to continue to enjoy an unsullied reputation. He had to be dragged down into the primeval mud, into the stench and decay where all gentiles are consigned.

Is Deborah Solomon a close student of dogmatic rabbinic texts? Probably not. Is she a product of the culture distilled from that protozoic slime? It would seem so in the case of a benign artist undefiled during his lifetime by the degeneracy nowadays promoted from the White House to the dog house that is our media-driven milieu, and who Solomon felt impelled to defame and reduce to a figure of revulsion.

Michael Hoffman, a former reporter for the New York bureau of the Associated Press, is the author of ten books of history and literature, including Judaism Discovered: A Study of the Anti-Biblical Religion of Racism, Self-Worship, Superstition and Deceit
_______________

On the Contrary blog is reader-funded. It comes to you today thanks to donations from truth-seekers, and the sale of Michael Hoffman's books, newsletters and recordings.

On the Contrary is a service of Independent History and Research, Box 849 • Coeur d'Alene, Idaho 83816 USA