Anonymous self-described Israeli human rights activists have set up an Internet site detailing alleged war crimes committed by senior government officials and Israel Defense Forces officers. No known human rights organization is behind the site, whose founders refuse to give their names.

The "arrest order" for Barak, for instance, states: "On December 27, 2008, the suspect ordered an aerial assault on all of Gaza's population centers. The assault included hundreds of sorties by fighter jets that dropped hundreds of tons of bombs on residential areas of Gaza, which led to the deaths of 1,200 people - men, women and children. Some 5,300 people were wounded and hundreds of thousands became refugees. On December 10, 2008, a formal complaint was filed against Ehud Barak to the International Criminal Court in The Hague, Holland ... on suspicion of war crimes and crimes against humanity because of the siege of Gaza."
***
Posted by Michael Hoffman at 2/18/2009 08:08:00 PM No comments: 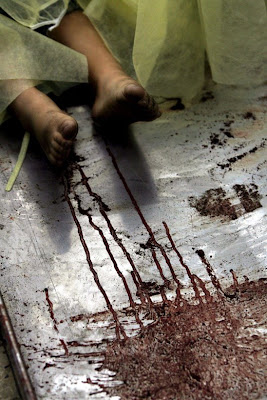 Remains of a Palestinian child, murdered by Israeli forces, Gaza ghetto, Jan. 5, 2009
I 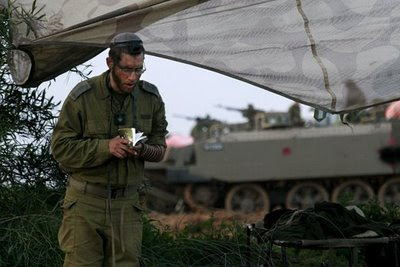 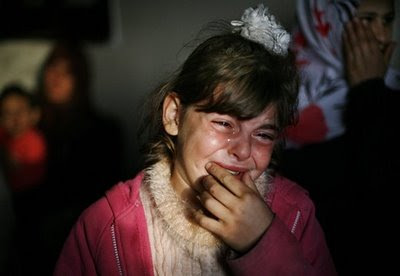