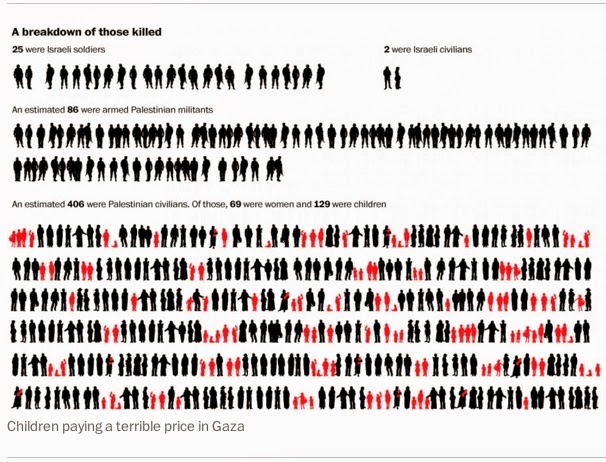 Results of Israeli “Operation Protective Edge" as of July 22, 2014

Dov Lior, a racist Israeli rabbi from the West Bank settlement Kiryat Arba, recently posted a Halakhic ruling allowing to kill innocent civilians, after being asked about the “war” (it’s a massacre) in Gaza.

Here are a few lines from the ruling (pictured below):

“The Torah of Israel guides us in all walks of life, private and public, on how to behave during war and also how to keep moral standards.

The Maharal from Prague (Rabbi Judah Loew), in his book Gur Arye, clearly writes that… in all wars the attacked people are allowed to attack fiercely the people from whom the attackers came from and they do not have to check if he personally belongs to the fighters.

Therefore, during war the attacked people are allowed to punish the enemy population in any punishment it finds worthy, such as denying supplies or electricity and also to bomb the whole area according to the discretion of the army minister and not to just simply endanger soldier’s lives but to take crushing deterrence steps to exterminate the enemy.

In the case of Gaza, the Minister of Defense will be allowed to instruct even the destruction of Gaza so that the south will no longer suffer and to avoid harm to our people who have been suffering for so long from the surrounding enemies.”

Any kind of talk about humanism and consideration are moot when speaking of saving our brothers in the south and in the rest of the country and bringing back quiet to our country.” Source


An Israeli tank shell hit the third floor of Al-Aqsa hospital in the central Gaza Strip on Monday, July 21, 2014, killing four people and wounding 16, the Health Ministry said.  "All patients were evacuated and the 100-bed hospital is no longer functioning," a World Health Organization (WHO) statement said on Tuesday after a WHO team visited the site. The International Committee of the Red Cross (ICRC), guardian of the rules of war, condemned the attack on the Al-Aqsa hospital which it said had come under "direct fire at least four times”. Warring parties are obliged under international humanitarian law to protect medical personnel, ambulances and facilities, the ICRC said in a statement issued late on Monday.

On the evening of July 21, the Israelis bombed an eight-story apartment building in downtown Gaza City — an area where Israeli officials had urged Gazans to take shelter. The building collapsed as rescue crews were inside, killing more people. The death toll, at least 13, was still being tallied. 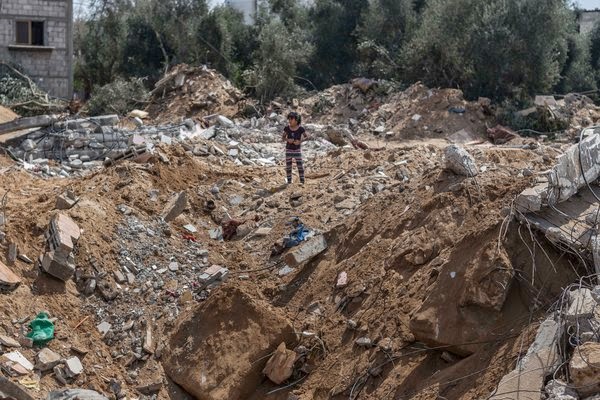 Crater where the four-story Abu Jameh house had stood

An Israeli missile leveled a four-story house in the southern Gaza Strip. It also killed 25 members of four Abu Jameh family — including 19 children — gathered to break the daily Ramadan fast together. The situation at the Abu Jameh home, where, survivors said, the family was gathered to break its daily Ramadan fast — a ceremonial meal —  was at a time when Israeli military officials would have known that people were likely to be home.

Of those who lived in the house, only four people survived, three men who had gone to pray, and Tawfik Abu Jameh’s toddler, shielded by the body of his mother. The children killed ranged in age from 4 months to 14 years, and included an adopted orphan whose father had been killed in an Israeli strike.

One of the survivors, Bassam Abu Jameh, lay on a mat with a broken leg, his eyes rimmed with red. His wife, Yasmeen; two brothers; and three children, Batool, 5, Sohaila, 3, and Bassam, 1, had all been killed. “There is nothing left,” he said, pressing his hand to his eyes. “It is the end for us.”


GENEVA, July 22 (Reuters) - Palestinian civilians in densely-populated Gaza have no place to hide from Israel's military offensive and children are paying the heaviest price, the United Nations said on Tuesday.

Israel pounded targets across the Gaza Strip, saying no ceasefire was near as U.S. and U.N. diplomats pursued talks on halting fighting that has claimed more than 600 lives as the conflict entered its third week.

"There is literally no safe place for civilians," Jens Laerke, spokesman of the U.N. Office for the Coordination of Humanitarian Affairs (OCHA), told a news briefing in Geneva.

It is something of a miracle that social media is successfully reporting Israeli war crimes compared to 2009, when Israelis launched a major military campaign into Gaza and the Israeli military (IDF) prevented foreign media from entering the territory. Back then, the IDF also managed to block cellphone bandwidth, allowing few cellphone photographs to appear outside Gaza, according to the New York Times. 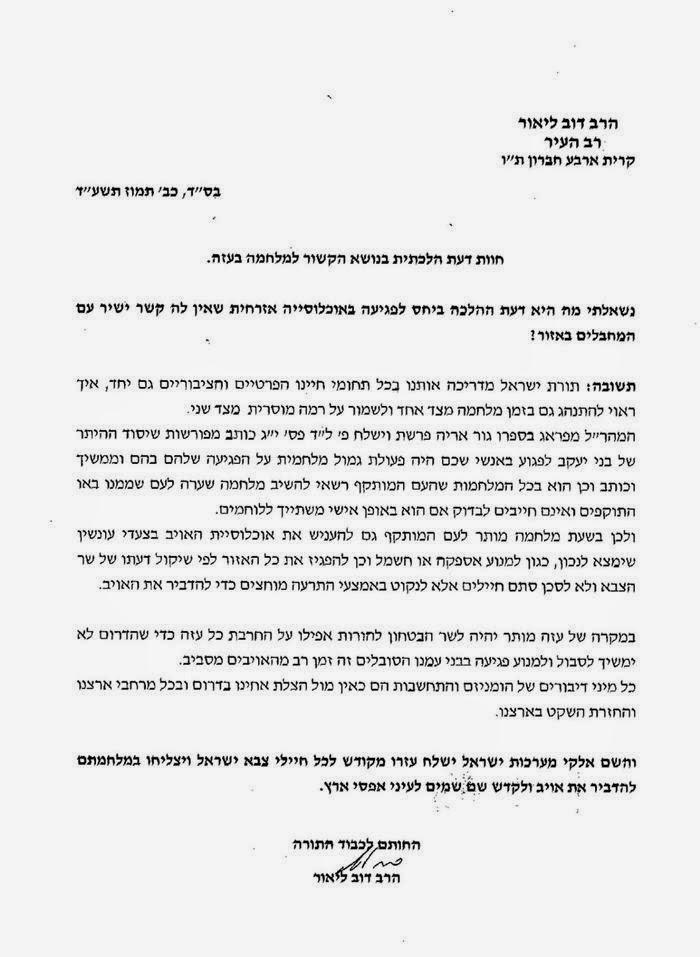