Youth for Palestine movement growing in the U.S.

American youth movement for Justice for Palestinians is growing

April 2018 —  In another victory for the Palestinian rights movement on U.S. college campuses, students at elite Barnard College in New York City voted nearly two-thirds in favor of a referendum supporting divestment from companies profiting from Israeli war crimes and dispossession of Palestinians, most recently the slaughter of unarmed protestors at a border fence by Israeli army snipers. 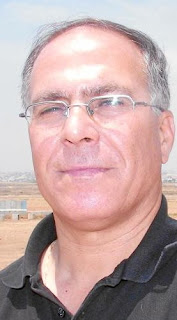 Concerning the murder of Palestinian civilians, including Palestinian children, Israeli General Zvika Fogel stated on Israeli radio April 21: “... if that’s the price that we have to pay to preserve the safety and quality of life of the residents of the State of Israel, then that’s the price.”

Barnard College, a partner of Columbia University, is a prestigious women’s college with a large Judaic student population. Students say that despite attempts to influence votes against the referendum, including smears accusing supporters of the Boycott, Divestment and Sanctions (BDS) movement of “anti-Semitism,” the referendum was approved on April 18.

The referendum result comes in spite of recent attempts by the Barnard administration and Israeli lobby groups to bully, intimidate and smear students and faculty supportive of Palestinian rights at Columbia University and Barnard College.

The companies that organizers of the referendum have targeted for boycott and divestment are:

Students for Justice in Palestine notes that since 2016, the group Students Supporting Israel has filed “several complaints against professors and students for speech critical of Israeli policies,” but every complaint has been dismissed.

Barnard’s alumnae, who count among their number actress and New York City mayoral candidate Cynthia Nixon, and entrepreneur and food personality Martha Stewart, are known for their strong connection to their alma mater.

After Barnard students cast ballots that backed the boycott, a group of some 3,000 alumni pushed back with a petition condemning the referendum. They include Barnard board of trustees members Nina Rennert Davidson, and Ruth Horowitz, as well as former president of the New Israel Fund Naomi Chazan, and former Barnard Dean Dorothy Denburg.

Barnard President Sian Leah Beilock responded to the referendum on April 22 with defiance, saying that Barnard would not take any action to divest its endowment from companies complicit in the oppression of Palestinians: “First, taking an institutional stand amid the complexities of the Mideast conflict would risk chilling campus discourse on a set of issues that members of our community should be able to discuss and debate freely. Choosing a side therefore would be inconsistent with our mission,” President Beilock wrote.

This is arrant nonsense. In the past Barnard took “an institutional stand” against apartheid in South Africa and the former white government there,  notwithstanding the “complexities of the conflict.”

Those on the justice for Palestine side of the debate, are ecstatic after hearing the results of the referendum, sensing that the tide may be changing in support of their cause, though they were disappointed to read President Beilock’s letter.

Meanwhile, at New York University (NYU), which has a satellite campus in Tel Aviv, more than fifty student groups recently endorsed a boycott of Israeli goods and academic institutions in an effort organized by NYU’s Jewish Voice for Peace.

Rabbi Yehuda Sarna, executive director of NYU’s "Bronfman Center for Jewish Student Life," called the boycott “a source of sorrow and disappointment to me.”

As a fall-back position, Zionists are claiming that the “boycott Israel” BDS movement is “creating an unsafe space on our campus.”

This exemplifies the politically correct notion that the expression of certain kinds of political speech is dangerous and should be forbidden at colleges and universities. When the Left exhibits this attitude toward speech by conservatives and Republicans, Right wing newspapers such as the Wall Street Journal publish op-eds and editorials decrying it. Yet when it is Right wing Zionists who are demanding limits on freedom of speech at colleges, the Neocons are silent.

Furthermore, watch for “anti-semitic incidents” clandestinely perpetrated by the Zionists themselves to erupt on these campuses as the last resort of those who have no other argument by which they can defeat the growing youth movement working for justice for Palestinians. The Deep State may also unleash neo-Nazi paraders at Barnard and NYU for the same purpose, to generate sympathy for the Israelis and associate the movement for Palestine “with a rising tide of anti-Semitism.”

These tactics have less effectiveness than ever in a  new media age where websites and Twitter and Facebook operate independent of the mainstream media and supply coverage of the slaughter of Palestinians in graphic detail, whereby the true nature of the genocidal Israeli government, increasingly staffed and led by hardcore Talmudic racists, cannot be denied.

The West Sides with Terrorists Against Syria

Swayed by the crudest and most suspect propaganda:

The West Sides with Terrorists Against Syria

“Pro-monster in all parts of the world”

By Peter Hitchens | Mail on Sunday

London, April 15, 2018 – Why do so many people in politics and the media want to start wars? Since I toured a sordid hospital full of wounded people in Bucharest at Christmas 1989, and even more after I saw for the first time (in Vilnius in 1991) what a human head looks like after a bullet has passed through it, I have seen it as an absolute duty to warn against armed conflict. It is a filthy thing.

No doubt there are times when we must fight. But there are plenty more when we should not. Any fool can kill a man in a second and ruin a city in a week. But it takes long years of nurture to raise a child to adulthood, and centuries to build a civilization.

Yet I look around me and see the mouths of intelligent people opened wide, yelling for an attack on Syria, when the only certain outcome of that will be blood and screams and ruins, and the deaths of innocents in 'collateral damage.' What good will this do?

What is wrong with them? They are not cruel and stupid, yet they call for actions which are both.

Haven't we got enough misery in Syria already? The place is a mass of ruins, graveyards and refugee camps. To what end? The only mercy for Syria will come when the war ends, yet we seek to widen and extend it.

Don't we have more than enough of such disaster in Iraq and Libya, where state-sponsored panic and emotional claims of atrocities excused the launching of wars so stupid and dangerous that I wonder if these places can ever recover?

Perhaps worse, by creating an unending river of migrants through the Middle East and the Mediterranean, I suspect they have ruined Europe for good.

Why are we even taking sides in Syria? As Julian Lewis MP, chairman of Parliament’s Defense Select Committee, rightly pointed out last week, President Assad is a monster. But his opponents are maniacs.

The Syrian jihadi gangsters which the British Government crazily helps and backs – the Al-Nusra Front and Jaish al-Islam – are the sort of fanatics we would arrest on sight if we found them in Birmingham.

Anyway, Boris Johnson's Foreign Office is firmly pro-monster in all parts of the world where it suits it to be so.

British Royals and Ministers literally bow down as they accept medals from the head-chopping fanatics of Saudi Arabia, now engaged in a bloody, aggressive war in Yemen.

Britain maintains a naval base in Bahrain, whose rulers in 2011 crushed protests with severe violence followed by torture.

As Amnesty International puts it, 'using an array of tools of repression, including harassment, arbitrary detention and torture, the government of Bahrain has managed to crush a formerly thriving civil society and reduced it to a few lone voices who still dare to speak out'.

Britain daren't even admit that our 'friend' Egypt is ruled by a military junta that seized power illegally in defiance of elections which we had supposedly supported but which produced the wrong result.

So is the Chinese communist regime's mass murder (1,000 are estimated to have died) in Peking in June 1989.

The men whose power rests on that ruthless massacre are welcome to dine at Buckingham Palace. But surely we can't allow Assad to use chemical weapons?

We would never tolerate that. Would we? Well, when Saddam Hussein was our ally against Iran back in 1988, he undoubtedly used poison gas against Kurds in Halabja.

And in September 1988 the Foreign Office declined to get outraged, saying: 'We believe it better to maintain a dialogue with others if we want to influence their actions.

Punitive measures such as unilateral sanctions would not be effective in changing Iraq's behavior over chemical weapons, and would damage British interests to no avail.'

Which brings me to the final point. Do we even know that Assad used chemical weapons?

I have actually read the reports of the last such alleged attack in Khan Sheikhoun a year ago, and they prove nothing. In fact, they are quite fishy.

At the time of writing, I have yet to see a British or US media report on this alleged attack from closer than Beirut, 70 miles from the scene.

Many seemingly confident and graphic accounts come from Istanbul, 900 miles away, or from London or Washington.

Where are they getting their information from? Here's a clue. The Saudi-backed faction in control of Douma at the time of the alleged attack, Jaish al-Islam (the Army of Islam), were themselves accused of using poison gas against Kurds in Aleppo in April 2016.

They are not especially nice. Their other main claim to fame is that they displayed captured Syrian Army officers in cages and used them as human shields.

They have spent several years indiscriminately shelling Damascus from Douma, having taken the local inhabitants hostage, and then squawking about war crimes if the Syrian government hit back at them, which it did much as the Iraqi government (our friends) did to Islamic State in Mosul and Fallujah.

I would not look for any heroes in this cauldron. And if you want to watch war games on a TV screen, can I suggest that you buy your own virtual reality equipment?

The real thing may look pretty and neat, but real people die as it happens and, if you supported it, their deaths will be on your conscience.
Read more at: