Arabs "not ready for democracy”? Where is democracy in Judaism?

Neocon Bernard Lewis opines that Arabs are not ready for democracy.

Our question to Mr. Lewis: when will Orthodox Judaics be ready for democracy?

Orthodox Judaism is the most insidious tyranny over the mind of man ever concocted.

There is no democracy in Judaism.


FOR SPECIALISTS ONLY:
Here are three (among many) dictatorial aspects of Orthodox Judaism, followed by  proof texts for each.
— Michael Hoffman
Author, Judaism Discovered
1. In Orthodox Judaism, listening to music for purposes of enjoyment is forbidden.


2. In Orthodox Judaism, humor and excessive mirth are forbidden.


3. In Orthodox Judaism, reading novels and other kinds of secular books, and appreciating secular painting, sculpture, theatre and dance performances, are forbidden.

Re: "Beck is Right! 'Secular' Judaism is like Radical Islam!" by Rev. Ted Pike
Rev. Pike continually returns to the old right wing lunacy (see footnote 402 on page 360 of Judaism Discovered), that Talmud-true "Orthodox" rabbis are to be preferred to "left wing secular Reform" rabbis.
This insanity, together with his praise for pied piper Glenn Beck, the greed-is-good apostle of Russian-American atheist Alissa Rosenbaum ("Ayn Rand"), whose money-worshipping doctrines guided Alan Greenspan's Federal Reserve policies, is such a palimpsest of confusion and error as to be breath-taking.
Moreover, who could be more "political" among rabbis than the powerful and strictly Orthodox Chabad-Lubavitch cult?
Rev. Pike is plagued by a double-mind which he disseminates nation-wide, and which results in destructive confusion-mongering.
Does anyone really think anymore, or do we just accept sound-bites and jargon without comprehension or analysis?
Mr. Pike, by endorsing the mountebank Mr. Beck, is strongly implying that rabbis who do not hold rigidly to the Talmud ("Reform rabbis") are vastly more dangerous than rabbis who do ("Orthodox").
This is utter buncombe, calculated to mislead.
Michael Hoffman
http://talmudical.blogspot.com

Tea Party leader and talk host Glenn Beck is under attack again by left-wing Jewry for this recent on-air comment: "There are the Orthodox rabbis, and there are the Reform rabbis. Reformed (sic) rabbis are generally political in nature. It's almost like radicalized Islam where it is just -- radicalized Islam is less about religion than it is about politics.”

Jewish attack groups quickly demonized Beck's remarks, alleging that his comparison of the Jewish supremacist rabbis of Reform (secular) Judaism to Islamic supremacists merits immediate apology. ADL head Abe Foxman said Beck's remarks are "beyond the pale" and "discount the faith" of Reform Jews. Yet Beck is getting very, very close to the truth. Jewish supremacism, epitomized by the secularist Reform rabbis who want Beck fired from FOX News, is actually much more of a threat to civilization than is radical Islam...

From Ephraim: Testimony of a Christian mother living in Palestine 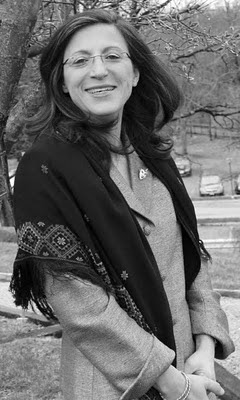 DR. KHOURY: These things do go on, and I also want to emphasize that there are Jewish people in Israel who are for equal rights and who are against the military occupation of Palestine. These are small, but active groups who speak out against what they see their government doing, and often have to bear the consequences of their protest. We are very grateful for their support. “Women in Black” began in Israel in 1988, and is made up of Jewish Israeli women who hold peace vigils in black clothing, sometimes hundreds at a time, asking for the occupation to end. They believe in equal rights for Palestinians.
There is also Rabbis for Human Rights, an international group of Jewish rabbis who are working for peace and human rights for Israelis and Palestinians. “Not in My Name” is a group of international Jewish people who say that what the Jewish government is doing to the Palestinians does not reflect real Judaism. Machsom Watch is a group of Israeli Jewish women who stand at the checkpoints documenting human rights violations. (Machsom means “check-point”.) There is also the Jewish Voice for Peace, Combatants for Peace, and the Family Forum (made up of Palestinian and Israeli parents who have lost children to the conflict) and B’Tselem: The Israeli Center for Human Rights in the Occupied Territories. These small groups give us hope that some Jewish people do care about a just peace. However, in an odd turn of events, for the past few decades, we’ve had many evangelical Christians in the United States who are very vocal in their support of what the Israeli government is doing to the Palestinians.

RTE: How did that come about?
DR. KHOURY: Zionism, a political movement founded by Theodore Herzl in the 19th century to lobby for a secular homeland for the Jews, took on a Christian religious context when 20th-century evangelical Christians, mostly in America, began linking Zionism to their interpretation of Old Testa- ment passages. Now there are many American evangelical Christians, whom we call Zionist Christians, who believe that modern Israel with the guns, the gunships, the bulldozers, the bombers, is the New Israel of our gospels. According to their thinking, once Israel has a 100% Jewish homeland and gains complete control, then Christ will return. They are trying to hasten the Second Coming.
We Orthodox Christians don’t hold this view. Our New Testament Israel is a spiritual homeland because the Messiah came and we have been baptized into Christ. Jesus Christ became man through that Hebrew ethnicity, and when we sing and chant in our services about Israel, we Christians, (the Church) are the New Israel. The New Israel is not the physical Israel with its guns. We believe that the Lord has only told us to be alert, to watch, to be ready, but there is nothing we have to do to bring about Judgment Day. That will come in His own time. Yet this grave misinterpretation drives many evangelical Christians to blindly support Israeli policy.
RTE: According to Donald Wagner, who teaches in Chicago and writes for The Christian Century, mainstream evangelicals in America number between 75 and 100 million. The fundamentalist and dispensationalist evangelicals, who he says are more likely to be Zionists, number between 20 and 25 million. Evangelical Protestants and Zionist Jews would seem to make very strange bedfellows.
DR. KHOURY: Yes, they are using each other, because in this extreme evangelical Christian view, if Israel does gain 100% of the land and Christ comes again, then the Jewish faith will be wiped out, because the Jews will have to accept the Messiah or die. So they are using each other for the sake of their immediate goals.
RTE: Don’t these Zionist Evangelical Christians realize that the Palestinians are suffering as a result?
DR. KHOURY: They don’t realize that all of Palestine is suffering, or even about their brothers and sisters in Christ. So now we have this strange dichotomy of evangelical Zionists supporting Israel’s Palestinian policies, while even some of the Jewish people in the U.S. do not, as well as some Jewish Israeli peace groups.
RTE: What other things do you see that aren’t always apparent to Christians abroad? One of our U.S. readers who was at a talk of yours last year said that an Orthodox convert raised her hand after you had spoken about the Palestinian Christian plight and said, “Do you mean to tell me there are good Palestinians?” This level of isolation is sobering.
DR. KHOURY: This is a stereotype that we Americans especially suffer from. Even in my own Greek family, people said, “Oh, so David became a Christian for you?” “Isn’t that nice that he became Orthodox for you?” It’s hard for some members of my family to believe that my husband was born an Orthodox Christian. His father was born Orthodox, his grandfather was born Orthodox and served as the parish priest in Taybeh. His Orthodox roots can be traced back 600 years in the village. Our mental capacity for prejudice is so strong that we can get the facts mixed up.
Your average Arab would be, as this woman called them, a “good Arab.” For example, when my son was stuck in Ramallah at midnight because he was out for a school function and had forgotten his key to our room in the city, a Muslim schoolmate’s mother went and picked him up and brought him to their home. If my child woke me at midnight asking if I could pick up his friend, would I be so generous? I’ve had decades of good relations with my Muslim neighbors, and my Muslim colleagues are among the first to call me at Christmas to wish me a Blessed Nativity.

Nevertheless, we certainly have Islamic fanatics and I don’t want to mislead people. In Taybeh we had fourteen houses burned to the ground by a fanatic Muslim mob. For over thirty years there were fair relations between Muslims and Christians, but now we live in a country that has no law and no order. In this case a Muslim family was angry at a Christian man whom they accused of fathering their unmarried sister’s child. They killed and buried their sister in an “honor killing,” and then came and burnt down this man’s house, his mother’s house, his brother’s house, and his cousin’s house. There were twenty-five houses to be burnt on their list; fourteen were actually burnt, and ours was the fifteenth in line. We were very blessed that our house was saved. The only reason that these fires couldn’t be contained earlier was because the Palestinian police cannot come to our Palestinian village in the West Bank unless they receive permission from the Israeli army. If the police had been able to come they probably could have saved the first house. Certainly they would have saved the other thirteen. But the Israeli army took six hours to give such permission to the police to come to our area. This was the worst tragedy I have seen in Taybeh.
RTE: Why on earth do the Palestinian police need a permit?
DR. KHOURY: This is part of the problem with the illegitimate Israeli occupation. By the Oslo Agreement we are divided into sectors A, B, and C, and although this is internationally recognized as occupied Palestinian territory, with the Israeli occupation we cannot move between the three sectors. you cannot pass any checkpoint unless the Israeli soldiers allow you; the Israeli army controls every border and everything in between, even the movements of the Palestinian police and fire trucks.

This article is excerpted from Road to Emmaus magazine (www.roadtoemmaus.net). It was accompanied with additional footnotes and lovely photographs which we were unable to reproduce in this blog format. Ms. Khoury’s project to assist Christians in Palestine has a website: www.saintgeorgetaybeh.org