Whatever this is, it’s not America anymore 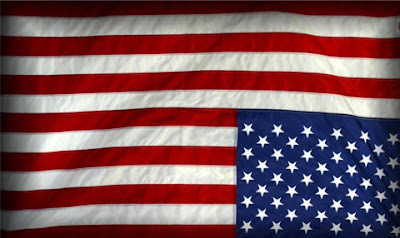 Thomas Jefferson, more than any single individual the man responsible for founding our Constitutional Republic, may have his name removed this week from a Democrat Party fundraiser in Connecticut because he was a white “racist.”

There is also a movement to remove the name of John C. Calhoun, Vice-President of the United States under John Quincy Adams, from a college at Yale University because he was a white “racist."

A memorial to the Confederate dead in Helena, Montana may be removed as well because the soldiers were white “racists."

These attempts to ban historical memory smack of Bolshevism and are largely a result of pressure from Big Business, the same corporate America that funds the “gay” revolution.

The Money Power has decided that respect for the Founders of our nation, or the Southern boys in gray who fought for states rights from 1861-1865, often with tremendous self-sacrifice and heroism, are bad for business!

The Money Bags can’t face up to convention boycotts and all of the other intolerant attack methods consisting of economic boycotts and culture-erasing bans undertaken by those who holler “tolerance,” so they cave in, as the pusillanimous former Secretary of Defense Robert Gates did recently when, as head of the Boy Scouts of America, he advised us that it was no use any longer opposing the admission of homosexual Scout Masters.

Thomas Jefferson fought the Money Power and warned that a nation disconnected from agriculture and home enterprise would be captive to the banks and money men; in other words to the usurers that rule us.

I’m not interested in symptoms. If I have a middle name, this is it: “Not interested in symptoms Hoffman.” The root of our national rot is found in the fact that Conservatives and Rightists are all ruled by leaders who are patriots only after they have made certain that their profits are secure. That’s not leadership, and since we are fighting a ruthless, revived Bolshevism that is engaged in a permanent revolution, “our Conservative" leaders ensure that We the People engage in retreat after retreat. These alleged “Conservative leaders” conserve very little. Actually, they fulfill a mandate of the Cryptocracy, to manage our nation's decline, so that the decline will not be so rapid as to scare off the eternally skimmed taxpayers and military recruits, causing them to join, or work toward, the building of a militant, no-usury, truly Conservative, Third Party with an independent media and private schools to cultivate and strengthen it.

Treason and betrayal within our own ranks are the signposts all about us. Meanwhile, “scientific” polls with self-advertised “plus or minus 3% margins of possible error" tell us what we think. Suddenly, in just 20 or 30 months, a “majority” of Americans now support sodomite rights; or they tell us that we support the historical amnesia that calls for banning America’s history so as to appease the unappeasable, eternally aggrieved and resentful racial “minorities,” and their intolerant, neo-Bolshevik white allies.

In a sense we deserve this state of affairs because the godly side in this battle consists mostly of double-talking wimps at one extreme or mind-controlled maniacs such as the Charleston shooter, at the other. The steadfast dedication of our sophisticated enemies, their no-compromise demands for change, coupled with their will-power and vision in working hard to occupy high posts in the media, academia, corporations and government, has left us out-gunned and on the run. We have God on our side and yet we continue to abandon Him and retreat to the “safety" of our bank accounts. In Mammon We Trust.

Speaking of the controlled media,the rabidly Zionist Wall Street Journal propaganda sheet, which publishes an anti-Putin editorial or “report” every three or four days, suppressed all news in the July 6 edition of the resupply on July 5 of the International Space Station (with US astronauts aboard), by a Russian cargo ship.

The Wall Street rag has published editorials of late decrying Vladimir Putin’s alleged “Russian propaganda” machine, but the Journal doesn’t even have the fundamental ethics to give credit where credit is due in the pages of their fish wrapper. And by the way, should the US government be goading into war a Russian nation with the technological prowess to build and fly reliable space rocket engines, a feat which the U.S. has of late trouble accomplishing? But perhaps the U.S. corporate media regard an American war on the Russians as obligatory, since they continue to dare to obey the God of the Bible and forbid the marriage of sodomites.

I didn’t fly Old Glory on the 4th of July as I usually do, because whatever this is, it’s not America anymore.

Michael Hoffman is dependent on your donation to continue these  columns (1 Timothy 5:18); you can also support this Truth Mission by purchasing Michael's books, newsletters or recordings.

thomas jefferson said; if we run into such debts, as that we must be taxed in our meat and in our drink, in our necessaries and our comforts, in our labors and in our amusements, for our callings and our creeds, as the people of england are, our people, like them, must come to labor sixteen hours in the twenty-four, give the earnings of fifteen of these to the government for their debts and daily expenses; and the sixteenth being insufficient to afford us bread, we must live as they do now, on oatmeal and potatoes; have no time to think, no means of calling the mismanagers to account; but be glad to obtain subsistence by hiring ourselves to rivet their chains on the necks of our fellow-sufferers. this is why 5 presidents appear to have been murdered over money and why the federal reserve had to come on line. now it seems the only place to "obtain subsistence" is working for FEMA, TSA, ATF, FBI, CIA etc, POLICE etc.

Michael you know more than most,that this is all part of the alchemists manipulation of the generative forces, creative forces, and the destructive forces being brought by illuminists in an ancient pagan psychodrama that average people are unable to comprehend or defend against.

now that beit shemesh 911,has been constructed and there are 39 deep underground military bases in this country, the underground seed bank off the coast of norway is up and running, is it possible we are in the destruction phase and all will be destroyed similar to the flood with a new beginning for those who come up from the man made caves when its over.

Hey, while we are at being politically and cowardly correct, lets get rid of Martin King Boulevard, probable one in almost every city, and then get rid of any Israeli flying flag in America. Since the Israelis are mass murderers and are morally involved in criminal activity that would rival Satan this would be a great start to bring America back to political correctness.

Thank you for your steadfast commitment to truth and His Truth. As usual, very well written.

This, as you have taught, is by design. It's easy to be taken in by a sense of patriotism or what we believe is patriotism. Flag waving is a sacrament to the state. Put your hand over your heart, take your hat off, repeat after me. We support the troops.... These are all religious ritual. Collective indoctrination to worship Mammon. Irrelevant that it's the US.

Might I add, that although the light is dimming this is indeed a necessity for the light of a true Christ follower to shine forth. Soon, the "average" man won't have any mammon to trust in and one hopes that lights such as your will draw the hopeless back toward the hope that redeems.

@U.S. corporate media regard an American war on the Russians as obligatory, since they continue to dare to obey the God of the Bible and forbid the marriage of sodomites.

Wouldn't be also because the crazy Zio"Christians" believe that Russia is the country of Gog and Magog, the scarecrow of Israel?

Rupert Murdoch is a vile cancer and a destroyer of traditional American culture. Through his ragsheets (WSJ et al.) and Fox News he has transformed American conservatism into a Trotskyite movement of violent warfare, disinformation, greed, etc. His influence dwarfs the dual agent Adelson whose immoral gambling bribes ensure the country stays on the Murdoch track with sycophantic GOP candidates are their knees before him. Murdoch's other media interests often feature sexual deviance and corruption of morals. Two legal Adelson/Murdoch's are worse than a million illegals in the country.......all should be ushered out the door.

Is there a release date for your book Occult Renaissance Church of Rome?

While I respect your commitment to your faith, for me religion causes more problems than it solves. My faith is not in Mammon, but in myself. Religion plays a complicit role in the general state of mental illness of millions of people who believe that there's a man in the sky with a special plan for them and who benevolently looks out for them if only they would be good girls and boys. This thinking keeps us as children and robs people of understanding that WE are complicit in where our country is today. By our childish ignorance and our refusal to accept responsibility for our own spending, it has come to pass that we are indebted to the usurpers.