Roof’s Storm of Bloodshed in Charleston

A STORM OF BLOODSHED IN THE 33rd DEGREE 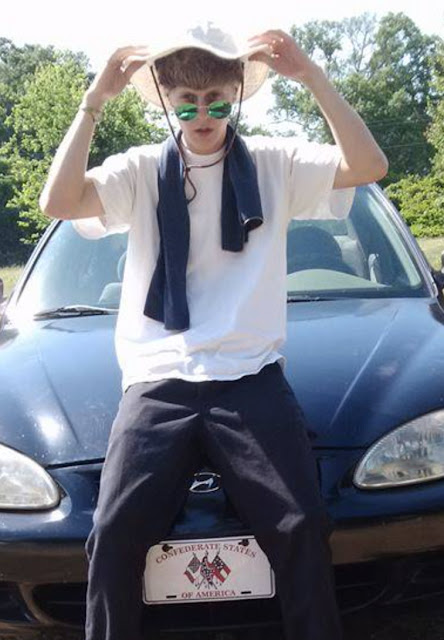 A “Texas Masons” license plate complete with the Square and Compass symbol, is officially issued by the Texas department of motor vehicles.

Roof’s heinous killings occurred on the 33rd degree of north parallel latitude in Charleston, South Carolina, headquarters of the most powerful masonic body in the world, the Scottish Rite. Coincidence?

Other news media have reported that Mr. Roof has in the past taken the psychotropic drug Xanax. (He was facing felony drug charges prior to the massacre he perpetrated). Was he drugged during his shooting spree? The Establishment media don't ask, and they also don’t ask why he wasn’t tested for drugs or alcohol being present in his system when he was apprehended. Many other youths who initiated massacres (Kip Kinkle and the Columbine High killers for example) were under the influence of a hypnotic pharmaceutical drug when they committed their crimes.

The New York Times issued a graph yesterday purporting to show that Black people are the chief victims of hate crimes in the United States, but these statistics are cooked. It is very difficult to have black on white crime officially listed as a hate crime. Such crimes are too often dismissed as non-racial, random violence.

An inanimate object is taking some of the blame for the murders. If Roof had killed the nine Black people with an automobile would the media be filled with questions concerning “How did he get the car?” And “What can we do to keep cars out of the hands of people like Roof?” Certainly not. But because he killed with a gun that piece of iron is being scapegoated. Calls for “gun control” are simply a means for disarming poor people and people who do not have “connections.” Millionaires, lawyers, judges and the “connected” will always have gun permits, even in states with the tightest “gun control,” or they can afford bodyguards who will have the permits.

The politically correct issues here are racism and gun control, and the suppressed issues are mind control pharmaceuticals and Manchurian candidates.

Wish me luck: I’m giving a speech this weekend at a “historically” white church. Only unlike those unfortunate unarmed Black victims of this murderous degenerate, the congregation I will be addressing in north Idaho will not be quite so vulnerable.

Michael Hoffman’s column is funded by donations from readers and the sale of his books, newsletters and recordings.

It used to be the NRA and now they blame the Confederate flag. It all seems to scripted.

This entire incident seems to be a re-run of Sandy hoax--there was drill being run at very time of these so-called "shootings," see https://www.fletc.gov/sites/default/files/FY15%20Master%20Schedule%20Updated%2002-12-2015.pdf

Further, there's already hush-money going out to the "families" of "victims"--29 million dollars worth, evidently--see https://www.youtube.com/watch?v=WoP0aQXDhX0#t=103

Why would the "shooter" re-load his gun FIVE times?--and there are other anomalies.