News of Israeli leaders who advocate rape suppressed by media

The mass media manufacture fake news not only by commission —broadcasting or printing lies—but by omission—sowing ignorance, and creating false impressions by suppressing news-worthy facts the public has a right to know. 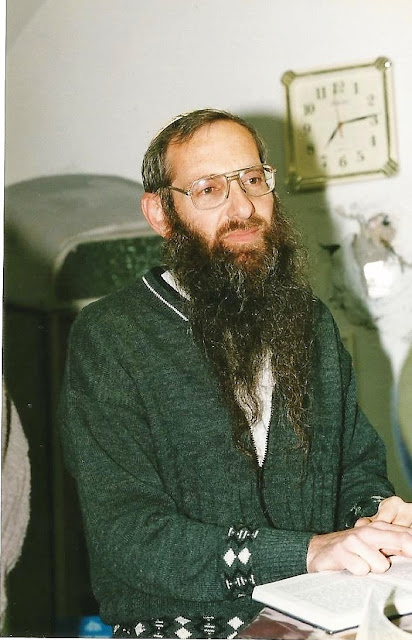 Two of the most egregious instances of this type of fake news involve the celebrated Zionist Left wing "newspaper of record," the New York Times, which has refused to report that Israeli Prof. Mordechai Kedar of Bar-Ilan University, (1) and the Israeli Military's Chief Rabbi Eyal Karim (also spelled "Qarim"), advocate raping Arab women.

The Times regards the unconscionable pronouncements of the Chief Rabbi and the Israeli university professor as not worthy of reporting.

Rabbi Karim and Prof. Kedar’s views subvert the mainstream media narrative, in that they radically undercut the fake news image of the rabbinic religion as a supremely ethical and humane pillar of western civilization.

To protect this incessantly propagated disinformation, the Times suppresses the fact that rape advocacy is derived from rabbinic law. Rabbi Moses Maimonides, the supreme halachic authority among the Ashkenazim, ruled that a Judaic soldier may rape a Yefas To’ar (female goy captive) when he is not actively fighting a battle (cf. Hilchos Melachim 8:3).

Moreover, according to Judaic scholar Dov S. Zakheim (in Meorot vol. 6, no 1, p. 5),  “It is the consensus of many halachic decisors (judges of rabbinic law) that the yefat to’ar can be subject to involuntary intercourse...” The Israeli military’s chief rabbi agrees.

This is the despicable rape advocacy of Eyal Karim, the current Chief Rabbi of the Israeli Army, which the New York Times will not report:

“The wars of Israel […] are mitzvah (divinely blessed) wars, in which they differ from the rest of the wars the nations (goyim) wage among themselves. Since, essentially, a war is not an individual matter, but rather nations wage war as a whole, there are cases in which the personality of the individual is “erased” for the benefit of the whole. And vice versa: sometimes you risk a large unit for the saving of an individual, when it is essential for purposes of morale. One of the important and critical values during war is maintaining the army’s fighting ability […]

"As in war the prohibition against risking your life is broken for the benefit of others, so are the prohibitions against immorality and of kashrut (kosher). Wine touched by gentiles, consumption of which is prohibited in peacetime, is allowed at war, to maintain the good spirit of the warriors. Consumption of prohibited foods is permitted at war (and some say, even when kosher food is available), to maintain the fitness of the warriors, even though they are prohibited during peacetime.

Just so, war removes some of the prohibitions on sexual relations (gilui arayot), and even though fraternizing with a gentile woman is a very serious matter, it was permitted during wartime (under the specific terms) out of understanding for the hardship endured by the warriors. And since the success of the whole at war is our goal, the Torah permitted the individual to satisfy the evil urge (yetzer ha’ra), under the conditions mentioned, for the purpose of the success of the whole.” (End quote).

Rabbi Karim’s words would be outrageous even if he were not the chief spiritual teacher and counselor of the Israeli army, navy and air forces which hold in their grasp the nearly helpless captive population of Palestine.

For the Chief Rabbi to exercise this power and authority having advocated the rape of non-Judaic women, and then having his monstrous doctrine concealed by a curtain of silence from America’s acclaimed “newspaper of record,” and almost the entire Establishment media, is a grave indictment of corporate journalism in the U.S.

Our indignation increases in view of the fact that the least hint of a rape ideology or praxis anywhere in American life (much less from a high government official), elicits (quite rightly) horror and furious protest. Yet the Title IX activists and Democrat Party feminists have been eerily indifferent concerning the billions of U.S. taxpayer dollars sent to a nation that has as its military's Chief Rabbi a miscreant who justifies the rape of women who are not Judaic.

(1) While nothing about Kedar's rape advocacy has ever appeared in the news section of the Times, or in any section of its U.S. edition (which is the most widely read), exactly one sentence was devoted to Kedar's rape advocacy in an editorial published only overseas, in the "International New York Times."  By contrast, concerning a single allegation of rape at Hobart and William Smith Colleges in upstate New York, the Times, which considers itself a journalistic leader in the campaign against rape, published a lengthy exposé, beginning on the front page of its U.S. edition of July 13, 2014.

When rape pertains to goyim accused of the crime, the Times is in the forefront of reporting it.

Where Judaic law and Israeli religious and secular leaders are implicated in the institutionalization of rape in the Israeli military and society, the New York Times is guilty of perpetrating fake news by omitting reports of these facts; thereby shielding the reputation of the rabbinic religion and its exponents.

Zionist Right wing and “conservative" Republican neocon media in America are equally culpable for having disgracefully suppressed these truths for the same manipulative motive — denying the American people factual news about Orthodox Judaism, the Israeli military and Israeli society as a whole.

Michael Hoffman is the author of the books, Judaism Discovered, and Judaism’s Strange Gods. He is a former reporter for the New York bureau of the Associated Press.
_______________

Thank you for this article.

However, should we be surprised by any of this (I'm sure the author is not)? Is not this Rabbi's teaching just the teaching of Deuteronomy delivered as it always was? Are not this Rabbi's injunctions simply Judaism recommended in the familiar gentile-hating spirit of The Talmud?

That the NYT won't report it clearly demonstrates that their own declared 'liberal' and 'humanitarian' values are very much less than skin-deep. These people are NEVER interested in looking in the mirror. They are only concerned with pursuing their own interests. This much, by now, most of us know.

Was it not Deuteronomy (The Second Law) to which Christ's condemnations of the Pharisees and their 'scribes' related? Surely this is so.

I wonder why my own Catholic teachers never explained to their classes precisely what it was about the Pharisees to which Christ so objected.
I also often wonder why the greater part of the Old Testament has found any place within any Christian Bible.

Maybe Marcion got it right.

I am so sick of that oxymoron 'Judeo Christian'. This further proves there is no such thing, unless one is speaking of Christian Zionists, who aren't by any stretch 'Christian'.