" The Most Jewish Gentile on the Supreme Court"

My Memories of Nino Scalia, the Most Jewish Gentile on the Supreme Court 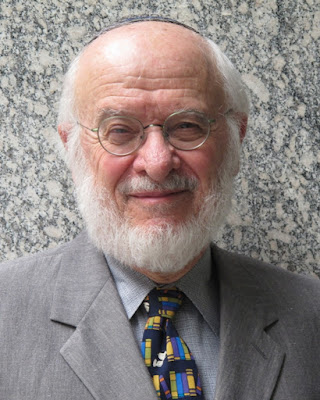 (JTA) — “When there was no Jewish justice on the Supreme Court,” Antonin “Nino” Scalia told me, “I considered myself the Jewish justice.”

After Abe Fortas resigned in May 1969, there would be no Jewish justice on the court for nearly a quarter of a century, until President Bill Clinton named Ruth Bader Ginsburg to the court in 1993.

Scalia had been on the Supreme Court since Ronald Reagan appointed him in 1986, so there were seven years during which Scalia saw himself as the court’s guardian of Jewish heritage. The New York-raised judge was shocked that he had to teach his colleagues how to pronounce “yeshiva” (Chief Justice Rehnquist William called it “ye-shy-va”) and, Scalia added proudly to me, “I even told them what a yeshiva is.”

Scalia’s admiration for Jews and Jewish learning explains the frequent references in his opinions to the Talmud and other Jewish sources, and the significant number of Orthodox Jewish law clerks he hired.

We were both in the Harvard Law School class that began in 1957 and graduated in 1960 – only 10 women and no African-Americans were in a graduating class of almost 500. Scalia and I were invited to become editors of the Harvard Law Review at the conclusion of our freshman year; in those days Law Review membership depended entirely on grades....

Scalia was unconventional, even in those days. Law Review editors vied for clerkships on the Supreme Court or with respected federal judges. Scalia chose not to join that competition. Instead he opted for a Harvard fellowship that enabled him and Maureen – the beautiful Catholic girl he met on the recommendation of another Review editor and later married – to travel to Europe and other exotic locations during the year after we were granted LLBs (jacked up by Harvard, many years later, to JDs). He then joined the Cleveland law firm known as Jones, Day, Cockley and Reavis...

Scalia and his wife were guests in our sukkah, and he was kind enough to meet with law school classes I brought to Washington to hear Supreme Court arguments.... He also accepted my recommendations to attend and address Orthodox Jewish gatherings such as colloquia run by Chabad-Lubavitch, sessions and dinners with Agudath Israel of America, and a mass meeting at Yeshiva University where he and I discussed current issues of constitutional law and public policy. Each event was enormously successful.

...There is universal agreement that Nino Scalia was brilliant, amazingly articulate and a real mensch...Scalia is, of course, an Italian name. If one writes it with Hebrew letters, there are two possible – albeit squarely contradictory – ways of writing Scalia. One is to use the letters sin, kaf, lamed, which are also the root of “sechel” – Hebrew for “wisdom.” The other is to use the Hebrew letters samech, koof, lamed, which are the root “sokol” – meaning “to stone.”

Some praised Nino’s wisdom; others were ready to stone him. But all must concur that he was a great man, that the United States he loved is greatly diminished by his loss, and that he greatly revered Jews and Jewish tradition. (End quote)

Nathan Lewin is a tireless promoter of Talmudic indoctrination of American judges and lawyers. He partnered with Antonin Scalia in symposia and conferences dedicated to enlarging the influence of rabbinic halacha over the American legal system. Mr. Lewin served as assistant to Solicitor General Thurgood Marshall. He has called for the killing of the parents and brothers and sisters of Palestinian suicide bombers.