Only Ron Paul stands out against this deranged chorus 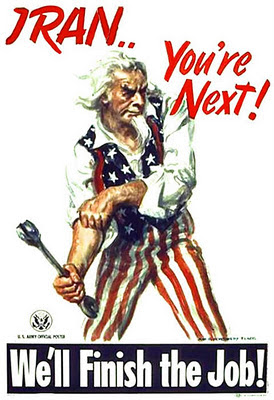 A Catholic former U.S. senator from Pennsylvania once rated the dumbest man in the US Congress crested Tuesday night in Iowa’s see-saw battle among candidates for the Republican nomination and ran a virtual tie with Mormon millionaire Mitt Romney. Well after chilly midnight on caucus night in the Midwestern state, Iowa’s Republican Party declared Romney the winner by 8 votes. Each hovered just below 30,000 votes, with libertarian Republican Ron Paul of Texas running third with a respectable 26,000-plus votes.

Exactly four years ago, Santorum’s surprise showing last night was prefigured by the upset victory of a Protestant evangelical, former Arkansas governor Mike Huckabee who won with 41,000 votes, Romney came second on that occasion with 30,000 votes, a little more more than he managed yesterday, with a similar 25 per cent of the vote. Third, with 15,000 votes came the man who actually won the Republican nomination, John McCain.

So, as far as Republicans are concerned, Iowa can be a poor predictor. On January 10 the surviving candidates will be going head to head in New Hampshire. Romney has spent months in the state and has one of his several dreary homes there. Santorum, who committed months of seemingly fruitless effort clasping the hands of countless Iowans, has little presence in New Hampshire and a tiny war chest of campaign cash. Romney’s big-money attack dogs who were too busy battering Gingrich in Iowa to notice Santorum’s late surge, will unleash a torrent of abuse via TV and radio. New Hampshire is a must-win for Romney if he is to escape the charge that he simply can’t clinch any race. Two debates are scheduled and an embittered Newt Gingrich, no slouch in the campaign-debate setting, will be quivering to get his revenge.

Watching the Iowa results with some satisfaction are Obama’s campaign chieftains. To them, the Iowa contest showed that Iowa’s Republicans simply couldn’t figure out who to vote for. No one pleased them for long. Bachmann, Perry, Cain and Gingrich each had their moment in the sun, then faded. A week ago Ron Paul seemed set to win. Had the Iowa vote been held a week from now, Santorum might too have been eclipsed and Huntsman limped to the front.

The Republican high command decided some time ago that Romney is their best chance of beating Obama. Though infinitely elastic in political doctrine he’s not a nut. It’s imaginable that the all-important independent voters in the general election in the fall could vote for him. Romney made his millions buying and selling companies, very often firing workers in the process. He governed Massachusetts without egregious failure, passing the precursor to Obama’s health insurance reform, which achievement has been a red rag to the conservatives, who regard him as (a) a crypto-liberal and (b) an agent of Satan, since he is a Mormon. No Mormon has ever been president and reservation about the Church of Latter Day Saints extends beyond conservatives. For example, Mormon theology is not friendly to the children of Ham.

Troubling to this same Republican high command is Ron Paul, who has won passionate adherents across the political spectrum. The right likes him for his libertarian economics, which prompt Paul to denounce the basic elements of the social safety net – Social Security and Medicare. He would abolish the Federal Reserve ( a laudable objective). He’s a gold bug, and in his speech to his supporters Tuesday night he shouted a line which I’ll hazard has never before been uttered on an election night podium – “We’re all Austrians now” – thereby proclaiming his allegiance to the economist Ludwig van Mises and parodying the line actually coined by Milton Friedman, though often attributed to Richard Nixon, “We’re all Keynesians now.”

A lot of leftists like Paul because he really is an ardent anti-imperialist – the only one in the race – vigorously denouncing America’s wars, its overseas bases and its alliance with Israel. Paul is also an eloquent foe of the imperial presidency and of constitutional abuses such as the law signed by Obama on December 31, giving the military a role in domestic enforcement against terrorists and opening US citizens to military detention without benefit of counsel, without charges, and without trial.

Part of Paul’s vote in Iowa was undoubtedly leftists who, under Iowa’s rules, could cross over and vote in the Republican caucus. Republicans fear that if Paul gets sufficiently incensed at his treatment by their party, he might bolt and run on the Libertarian third party ticket, thereby draining votes from the Republican candidate next November. For their part the Obama forces similarly fear that Paul would steal vital left votes from those thoroughly disillusioned with the President. In the run-up to the Iowa vote The New York Times ran more than one aggressive onslaught on Paul for newsletters, racist in content, which ran under Paul’s name twenty years ago, and which he has since disavowed.

It’s hard to imagine Santorum getting long term traction. He’s a very conservative Catholic who crept into the US senate in 1998 after the incumbent Pennsylvania senator, John Heinz. It’s hard to imagine him cutting a wide swathe through the Baptist south, though against Romney, who knows?

Santorum says that as president he would bomb Iran tomorrow. Romney and Gingrich don’t lag far behind in their ravings against the Islamic Republic. Obama ratchets up sanctions against Iran while supposedly telling Netanyahu that the US will not endorse any attack by Israel on Iran. Only Ron Paul stands out against this deranged chorus. Given a chance, I’ll vote for Paul, even though he hasn’t a prayer of taking over the Oval Office. One has to draw the line somewhere, though I don’t feel in the least Austrian.

TV network MSNBC may fire Patrick J. Buchanan over his book, Suicide of a Superpower
(The A.D.L. sent MSNBC a letter urging them to dump Mr. Buchanan). Read a defense of his book here.

A Place for Homosexuals in Orthodox Judaism

The blind arrogance of U.S. foreign policy is seemingly beyond measure. On Dec. 1st of 2011 by a vote of 100 to 0 (Yes, 100/zip!) the U.S. Senate voted to effectively cripple Iran's Central Bank, thus wrecking absolute havoc on that sovereign nation's economy. A few days ago a man who may very possibly, if not probably, be an illegal alien signed the measure into law.

The demonization of Iran goes on 24/7 on our nation's airwaves by our utterly prostitute media. The mantra is that Iran is an existential threat to Iran. What absolute bunk, but as we have so often heard when a lie is repeated often enough it is perceived as credible.

The greatest terrorist exporting country in the world is certainly not Iran. The two nations holding down 1st and second place are the U.S.A. and a little plot of real estate over in the Middle East no bigger than San Bernadino County which gets far more U.S. tax dollars than any other nation on the face of the Earth.