Photos of the Israeli holocaust in the Gaza ghetto 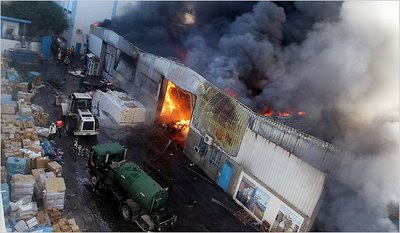 Jan. 15, 2009: an Israeli terror-bombing of a United Nations agency in Gaza City destroyed a warehouse full of hundreds of tons of food and medicine and came a week after  40 children were killed when Israeli terrorists bombed a United Nations school.
"Israeli officials, including Mr. Olmert, on Thursday justified the attack on the refugee agency headquarters, saying that Hamas militants had fired at Israeli forces from within the compound. United Nations officials vehemently denied the allegations. Mr. Ging, as he often has during the war, denounced Israel in extended televised interviews, and he questioned why Israeli liaison officers had never mentioned Hamas activity in the area, even though he said they were in constant contact...Christopher Gunness, a spokesman for the United Nations Relief and Works Agency, said that in a meeting with its representatives on Thursday, Israeli Army officials 'privately admitted' that the source of the militants' fire was several hundred yards away from the compound. 'With every false allegation, the credibility of those accusing us is incrementally diminished," Mr. Gunness said." Source: NY Times 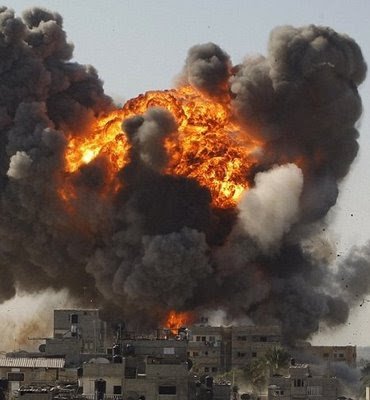 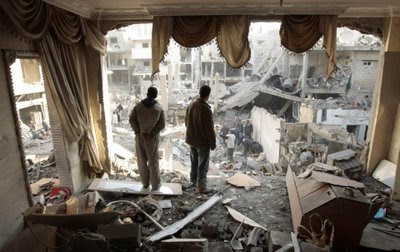 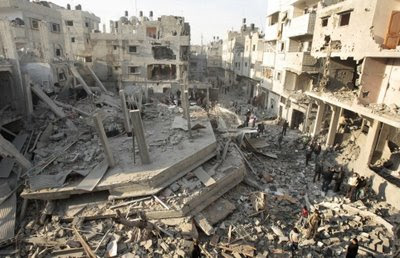 Another view of a Palestinian neighborhood destroyed by the Master Race 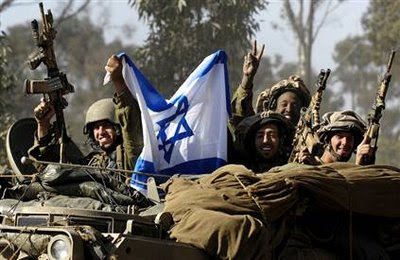