Remembering Our Pilgrim Heritage on the 400th Anniversary of the Mayflower 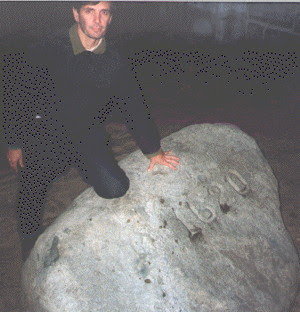 The author kneeling on Plymouth Rock

Today is the 400th anniversary of the arrival of the Pilgrims aboard the Mayflower at Plymouth Rock, on the coast of present day Massachusetts. November 21 used to be a major day in our nation filled with remembrance of what the Mayflower and its passengers represented. In 2020 it is pushed to the side and marginalized in favor of the mythology of the New York Times’ “1619 Project,” which rewrites our history to paint our nation as a congenitally pathological hell hole. This is what is now taught to the descendants of the Pilgrims who risked everything for the freedom to worship Jesus Christ as they saw fit.  The crippling hardships they endured and overcame, the Mayflower Compact with its plan of self-government, their settlement of New England  —  all this is nowadays flushed down the “woke” toilet. The media’s beacon of liberty is now Portland, Oregon where Bolshevik and anarchist mobs burn, loot and terrorize with the assistance of municipal and county officials, including prosecutors. 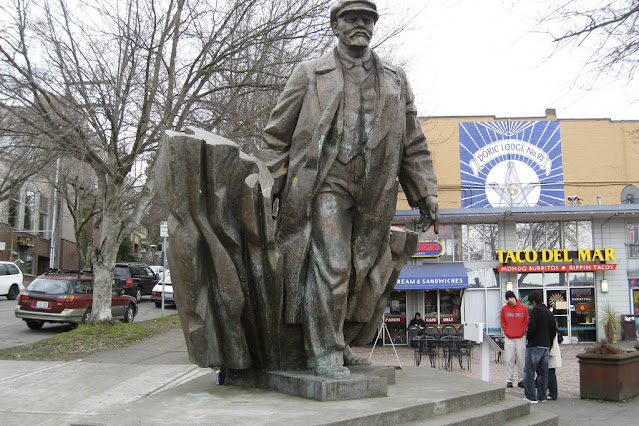 In Seattle, Washington these crimes occur under the watchful gaze of a statue to mass murderer Vladimir Lenin, the Communist dictator who killed millions of Christians. Earlier this year when Leftist iconoclasts were pulling down monuments, the one to Lenin stood blissfully untouched, as it does to this day.

The story of the Mayflower is in general a noble one. It can only be dismissed out of hand with lies. The first and foremost of these is the spinning of an absurd utopian tale of the American Indian. The legend that Christopher Columbus’ arrival in the New World represented “the conquest of paradise” has gained currency in recent years. According to this myth, the Natives lived in an Eden of harmony with nature and each other, until the coming of Spanish Catholics in the South and English Protestants in the Northeast.

While a few tribes did fit the peace-and-harmony profile, many others, such as the Blackfeet of Montana, the Apache of Arizona, the Commanche of the Great Plains and the Iroquois in the East, were slavers and cannibal-exterminators who had perfected the art of torture of captives from rival tribes, and turned their torments and agony into a community-wide spectator sport.

In the case of the Puritans, the Wampanoag, their temporary Indian allies, made an alliance of necessity with the English out of fear of their deadly enemies, the hated Narragansetts. The neighboring Pequot tribe was equally murderous. Life for these Native Americans prior to the arrival of the Mayflower was one of warfare, slavery, revenge and torture. Few of these Native atrocities figure in fractured Leftist histories of the era. The descendants of the Mayflower are judged by a standard almost never applied to the Natives.

The New England Puritans were devoted to rescuing the Indians from what they saw as the ravages created by their pagan religion, predicated as it was on propitiation of dark gods. The first Bible they printed was not for the benefit of English Puritans. They delayed an American edition of the Holy Scriptures so they, with their limited printing facilities and resources, could publish a Bible for the benefit of the Indians, translated in the native language. Hence, the first Bible printed in America, published in 1663, was in the Wampanoag language, translated by the missionary-educator John Eliot. It has been the basis of the revival of that language for Native Wampanoag speakers throughout the ensuing centuries.

The Mayflower Pilgrims earned their sustenance by the sweat of their own back-breaking, constant labor. There were no slaves aboard the Mayflower, although there were indeed people in bondage: white “servants” under contract, in return for passage to the New World.

The famed “Mayflower Compact” mutually agreed upon, made no provision for a hierarchy of ruler and ruled. Equality before the law and in the eyes of God was its watchword. As such, it was a direct influence on the Declaration of Independence and the U.S. Constitution.

The Puritans were far from perfect and there are blots on their history: the hanging of four Quakers, the persecution of Roger Williams and those who dissented from strict Calvinism, and most notorious of all, the Salem Witch Trials, rendered as a caution against Biblical Christianity by Arthur Miller in his play, “The Crucible” and movie versions derived from it.

While it is certainly true that 19 innocent people (women and men) were wrongly executed for witchcraft, with Puritan judges swayed by the hysteria of several female accusers, a major part of the record was suppressed, until rediscovered by Prof. Mary Beth Norton in her landmark revisionist history, In the Devil’s Snare: The Salem Witchcraft Crisis of 1692. In the course of her discoveries we revisit facts concerning the warfare of the Native American tribes who were attacking the New England frontier at this time: raping, abducting, torturing and killing men, women and children. Many of the crazed young women making the false charges at Salem were survivors of this tribal terror: either as victims, or as witnesses who had seen their brothers, sisters and parents butchered. They suffered severe post-traumatic stress as a result, which erupted in Salem. Here is the hidden and highly politically incorrect key to the tragedy that transpired in that Puritan village.

The New England Puritans set for themselves a goal of self-governance under Biblical law, which remains a template for Americans seeking to redeem our nation from a diabolic culture which succors the abortion holocaust and the “trans” movement, wherein parents are permitting their adolescent daughters to have self-mutilating mastectomies so they can pursue life as a gender-identified male, as documented by Abigail Shirer in her book Irreversible Damage: The Transgender Craze Seducing Our Daughters. Opposition to the sacred religion of “trans” is the surest way to have your right of free speech banned for contesting the hallowed premises of its untouchable dogma.

In comparison with our corrupt 21st century society, the Mayflower Puritans and the republic they founded were paragons of decency and  virtuous striving. This Thanksgiving we would do well to read William Bradford’s Of Plymouth Plantation: 1620-1647, and Francis J. Bremer’s John Winthrop: America’s Forgotten Founding Father, to gain a genuine grasp of the magnificent Puritan experiment in self-governance.

Let us repel the psychological warfare aimed at us by New York Times pharisees who are not without racial and historical sins themselves, whether in Palestine, or in the “Secret Relationship” their ancestors had with the enslavement of black people.

Historian Michael Hoffman’s writing is made possible by donations from truth-seekers and the sale of his books and recordings.

It's interesting though Mr. Hoffman that actual, existing Bolsheviks as they exist in Russia, are not hostile to the Orthodox church.

In fact, many members of the current Russian Communist Party are pro-life conservative Christians. The leader of the Party even wrote in his autobiography about his concerns regarding violence on television and its harmful effects on society.

Roger Williams advocated for a radical freedom, one that said government has no place over the first table. This wasn't a rebellion against strict Calvinism; it was an absolute rejection of God in the public forum at all, saying God is simply a private matter. He refused to so much as mention God in his foundational documents, which is a first in history. There's a direct link between Roger Williams and the absolute liberality in the world today. Roger Williams was so self-centered and self-absorbed that he became a church of one. God wills for people to be in communion, and Roger Williams was totally unable to live with anyone else and he became his own authority and his own pope answerable to no man. That's definitely not at all what Christ intended when he gave the apostles authority and power.