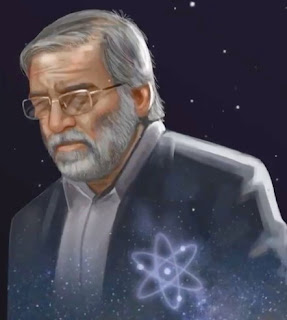 On November 27 Mr. Brennan wrote, “This was a criminal act and highly reckless. It risks lethal retaliation and a new round of regional conflict. Such an act of state-sponsored terrorism would be a flagrant violation of international law and encourage more governments to carry out lethal attacks against foreign officials.”

...It’s stunning to watch Obama’s Chief Assassin, John Brennan — who presided over a global, years-long, due-process-free campaign of targeted assassinations, under which the official “kill list” of who was to live and who was to die was decreed by Judge, Jury and Executioner Brennan in a secret White House meeting that bore the creepy designation “Terror Tuesdays” — now suddenly posture as some kind of moral crusader against assassinations. I have denounced these Israeli assassinations as terrorism — both in the past and yesterday — but I have also denounced with equal vigor the Obama/Brennan global assassination program.

The audacity of Brennan’s moral posturing became even more evident as he tried to explain why his and Obama’s assassination program was noble and legal, while the one that resulted in Nov. 27 killing in Iran of the nuclear scientist was immoral and criminal. After all, this is the same John Brennan who got caught red-handed lying about how many innocent civilians were killed by Obama’s global assassination program, and who even claimed the right to target American citizens for execution by drone without any transparency let alone due process —  a right they not only claimed but exercised.

When you’re reduced to sitting on Twitter trying to distinguish your own global assassination program from the one you’re condemning, that is rather potent evidence that you are among the absolute last persons on earth with the moral credibility to denounce anything. That’s particularly true when you directed your unilateral assassination powers onto your own citizens, ending several of their lives.

But that’s the Trump era in a nutshell: the most bloodthirsty monsters and murderers successfully whitewash their own history of atrocities by deceiving people into believing that none of this was done prior to Trump, and that their flamboyant opposition to Trump — based far more in stylistic distaste for him and loss of their own access than substantive policy objections — absolves them of their own prior, often-worse monstrosities. Call it the David Frum Syndrome.

Yet another irony with this Brennan outburst was that the Israelis assassinated several Iranian civilian nuclear scientists during the Obama years — four by the count of the Eruasia Group’s Ian Bremmer — and yet, as Bremmer points out, Brennan never once harshly condemned it. Only with Trump as President is his indignation provoked. Indeed, Obama, on his way out the door, seemed to reward Israel by providing that foreign country with $38 billion in U.S. taxpayer-funded military aid, some of which was required to be used for U.S. weapons manufacturers who donated to Obama’s campaigns: the largest such aid package in history.

All of this is what makes it so jarring to see Congresswoman Ilhan Omar, of all people...defending CIA Director John Brennan despite his history of assassinating innocent people and bombing numerous countries including in Somalia...

(We saw the attempt) before Trump was even inaugurated, to persuade electors to ignore their states’ votes and deliver the Electoral College to Hillary Clinton. That was followed by cheering reports that unelected security state officials were concealing information they did not want the elected President to have, and more recent reports that they misled him about troop positions in Syria to prevent his withdrawal efforts: classic Deep State coup behavior whereby unaccountable military and intelligence officials prevent the elected president from implementing polices they decide are misguided.

The list goes on and on — from cheering the CIA and FBI in virtually everything it did to subvert Trump to lying to the FISA court in order to illegally spy on a former Trump campaign official to resuscitating crusty Cold War scripts from McCarthy and Hoover about Russian infiltration and disloyalty, culminating with a claim this week from NBC News’ legal analyst that a court should refuse to honor Trump’s pardon of Flynn notwithstanding clear pardon power assigned by the U.S. Constitution....And it is this same mentality that has unbelievably led Congresswoman Ilhan Omar ...to defend John Brennan.

The preceding was excerpted from Mr. Greenwald's column of Nov. 28. Read it in its entirety here