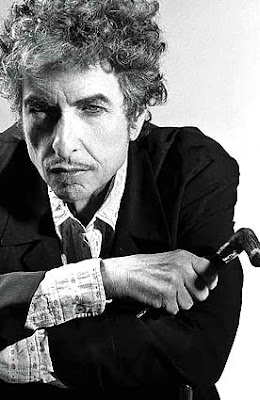 Bob Dylan is in the news today with a newly released, seventeen-minute song about the JFK assassination, “Murder Most Foul."  After listening to it, it seems like he may have very well read "King-Kill 33.”

Curious that it is released during this time, though, when the psychic pressure cooker has been turned up.

There are strange elements of twilight language surrounding the current Coronavirus outbreak.

Additionally, this pandemic began garnering attention around the time of the Chinese New Year, which happens to be the Year of the Rat.  The subtext here, so it seems, would be the connotation of rats with the plague and, perhaps reaching a bit, the yellow flag hoisted as a universal sign for contagion on ships or in camps.  The color yellow also suggests the verse  in Revelation, "Behold a pale horse" and the release of a plague.  The virus emerges out of "the land of the Yellow Man" during the "Year of the Rat," bearing a name that, for some reason, has been associated with a St. Corona that, in reality, is not the patron of plagues and is not likely buried in Northern Italy —  though both are claimed to be true.  We then have a surprise release of this song by Dylan that any reader of "King-Kill" will immediately recognize as full of twilight language?   Bizarre --

Fair is Foul and Foul is Fair

Thank you for your thought-provoking analysis.

Dylan chose as the title of his JFK assassination ditty a line from Shakespeare’s Hamlet, “Murder most foul” (1.5:26), but the manifest parallels are with Macbeth (personified as Lyndon Baines Johnson in Macbird in the 1960s), wherein three bearded females pronounce a heads-is-tails reversal, “Fair is foul and foul is fair” (1.1:11).

Another suitable title  also emanates from these “weird sisters”— “When the hurly burly’s done; when the battle’s lost and one.” This  refers to murder, and the energetic memories and investigations that so often follow in the wake of the crime, only to eventually fade. Then, in the burned out aftermath, it doesn’t signify that a CIA conspiracy killed President Kennedy, or that a “weapons of mass destruction” deception was mounted by President George W. Bush as a pretext for invading Iraq. When the smoke clears and "the hurly burly’s done and the battle is lost and won,” the perpetrators have committed a crime for which they are not punished.

(In the case of Macbeth, this is true in the aftermath of his assassination of Duncan, King of Scotland, but not in the wake of his eventual murder of Banquo).

Here below is the section of Dylan’s lyrics that begin to approach a hint of King-Kill/33:

i'm never gonna make it to the new frontier
zapruder's film i seen the night before
seen it 33 times, maybe more
it's vile and deceitful, it's cruel and it's mean
ugliest thing that you ever have seen
they killed him once and they killed him twice
killed him like a human sacrifice,

Leave it to Bob Dylan to taunt his public with this stuff, like a pre-pubescent c—k tease, rather than give the public a straight decode.

He knows his fans will pour over every word of his new “cryptic” song, and his star will ascend again, temporarily, in the midst of his mystifying doggerel and these “plague" times.

Marilyn Manson, who has cultivated transgender/androgyne imagery and symbolism, has actually been more manly in disclosing, or at least insinuating, some of the truth in his"King-Kill/33" song of some years ago, while Dylan, who projects a mostly masculine Cagliostro persona, is a depleted wizard, exploiting President Kennedy’s death for the sake of generating headlines for his fading brand.

If Dylan had written, “killed him like Downard said, a human sacrifice…” then we’d be getting somewhere.

Nosferatus like Dylan drain us; compounding our collective anemia. It’s part of America’s celebrity sideshow. Nothing is real unless a “star” endorses or confims it. Maybe by 2030 Bobby will get around to dropping a few more hints into the open mouths of his slavering lap dogs. Can’t wait. Meanwhile, let’s buy more from his streaming song catalog.

In the last two weeks we’ve watched “The People,” i.e. the post-modernist, virtual-reality immersed, “tech-savy futurists,” behave like sheeple always have throughout low tech “Dark Ages” of yesteryear, in this case swallowing the corrupt media’s Coroniavirus panic. Westerners are more passive and obtuse than ever, even as they imagine themselves to be “gods.” Perhaps it's all that time they spend staring at screens.

There is no major “celebrity,” or statesman or legacy media journalist with the testicular fortitude to go public and fully narrate James Shelby Downard’s decrypting of the Killing of the King, in the lodge that was Dealey Plaza, in masonic Texas, close to the Triple Underpass and the 33rd degree line of north parallel latitude, which runs straight to the Trinity Site on Mr. Downard’s subterranean map of the American psyche.

The civic magic Artaud foretold has, since 2001, emerged largely undisguised, but we tell ourselves we cannot confirm its reality or act on it unless we see it reflected back to us in the media mirror.

When someone builds his own jailhouse and imprisons himself within it, are his cries for help anything more than the plea of a masochist for further abuse?

A pdf. file of King-Kill/33 (89 pages) by James Shelby Downward and Michael Hoffman is available by e-mail for $10.00. Send your name and e-mail address and we will e-mail you an invoice payable by credit card. After your payment has been processed at our secure online store, the pdf. will be e-mailed to you. E-mail: hoffmanATrevisionisthistory.org
(Substitute @ for AT in the preceding address)

Hoffman is the author of Secret Societies and Psychological Warfare, and its sequel, "Twilight Language," which will be published January 1, 2021.
___________

The photo of Zimmerman features the one-eye sign, an occult symbol. VIGILANTCITIZEN.COM tracks hundreds of instances of its use

Thank you for your analysis of this. The song, which supports the falsification of history, was released with perfect timing during another ongoing black operation and falsification of history, the fraudulent pandemic. In this way, it reads not only as a calling card from the cryptocracy, but also as a form of hypnotic suggestion for the masses. This person has passed himself off as counter-establishment when he is an insider and state asset of the highest proportion. "The executioner's face is always well-hidden." You should know, Bob, you should know.