War in Paris is between Faithful and Faithless

The War in Paris is between the Faithful and the Faithless

The crisis is a crisis of Faith. The war is a war between the Faithful and the faithless.

France can bomb ISIS in Syria back to the Stone Age and new recruits will repeatedly arise to replace the dead jihadists.

Several hundred Europeans are estimated to be fighting with ISIS; not all are naturalized Arab-Frenchmen or Arab-Belgians. More than a few have blue eyes, fair hair and French, German and English surnames.  When their parents abandoned their Christian belief by the side of the consumer road, their children, now adults, were left spiritually destitute. They sought answers to profound existential questions which a society based on sex and shopping cannot provide. In the contest between Jihad vs. McWorld, Jihad will win in the end.

If what is left of the West wishes to survive and prevail, it must rekindle its allegiance to the spiritual genius of Christian civilization.

If not, it will at long last become a satrapy of the Caliphate which our Christian ancestors defeated time and again, in world-historic battles at Lepanto and the Gates of Vienna itself.

The hidden nemesis behind the more obvious one 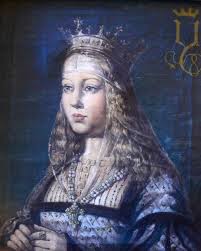 Islam is only part of the picture. There is a hidden nemesis behind the more obvious one. Our most ancient of all enemies is not Islam. Christianity’s oldest foe is the one which, for all their chest-pounding bluster, timid Right wing super-patriots dare not mention, lest they lose their reputations and their jobs. Having lost both, this writer is free to name the arch-enemy: Orthodox Judaism, which declares that Palestinians (many of whom, science will eventually show, are genetically Israelites), have no rights in the land of Palestine and can be robbed and killed at will. The West's alliance with the killers of the Palestinians is a fatal one.  "Conservatives" who drag the name of Jesus into their bloody alliance with the Rabbinic Antichrist are making common cause with the spiritual heirs of their Savior's killers (something as double-minded as this has about it the contours of the occult).

To campaign against the made-in-Saudi-Arabia Salafism of ISIS and al-Qaeda, while providing key support for the Israeli dispossession and mass murder of the Palestinians, is to do what no Christian saint or soldier of the medieval past ever did. When Ferdinand and Isabella expelled the Muslims from Spain they expelled their Talmudic co-conspirators as well; a lesson in history we forget at our peril. A God-ordained victory over iniquity and barbarism will never come from an infernal marriage between a reborn Christian West and an Israeli nation of Talmud-rabbis.

We need to ask the Protestant Fundamentalists, neo-Catholics and Right wing super-patriots when they demand that we join with them and their rabbinic allies to “annihilate Islam,” what Saudi Prince Alwaleed bin Talal meant when he told the Wall Street Journal (November 23, 2013), “For the first time, Saudi Arabian interests and Israel are almost parallel.”

As a public service, Hoffman operates the blog, The Truth About the Talmud. He is the author of Judaism Discovered; and Judaism's Strange Gods; and the publisher of Alexander McCaul's The Talmud Tested, as well as Johann Andreas Eisenmenger's Entdecktes Judenthum.

Gifts in support of Michael's publishing and educational mission are essential to its continuation and expansion.


A VERSION OF THIS COLUMN FORMATTED FOR PRINTING,
OR DISTRIBUTING AS A PDF FILE, IS ONLINE HERE

Things do not smell right. It seemed there was quite the play up of the Russia/ Syria relationship as Russia was asked by Syria for help against ISIS. Russia made sweeping progress against ISIS. Then NATO, the US and France in particular, just assume the right to drop some bombs in Syria in pursuit of ISIS. According to Obama last Friday morning, ISIS was at that time no longer a threat because of US bombings. Then we have a new ISIS front in Paris Friday evening and France just flies on into Syria in a bombing rampage. Oh, and the world just understands how France must feel justified and the MSM stops it there. Did Assad give Hollande permission to take revenge?

Things are not adding up.

Things don’t add up because the US has backed ISIS since 2012. We only have just begun to bomb their oil trucks. In Iraq on the “highway of death” American forces took out hundreds of “enemy” trucks in 24 hours. We have permitted the ISIS oil tankers operate for years. Nothing effective against ISIS was organized until Russia got into it.

The Media report that authorities found a Syrian passport that one of the Paris terrorists was carrying, which reminds me of the story of the finding of the terrorist hijacker’s passport in the Sept. 11 rubble at the World Trade Center.

Mcworld will win in the end. Mcworld has won so far and will continue to win. There are no longer any apostolic catholic countries anymore. This proves mcworld has won!!!

Mr. Hoffman,
Events certainly are growing more ominous. I've contended for awhile now that 2017 may be a 'big' year. I'm not well versed on the significance of the number 17 but I know 1917 was an important year for the occultists when the Judaics walked into Russia and were basically handed the keys to the palace.

There may be some hope. One person I know acknowledged that finding passports at many of these 'events' is rather convenient for the fable tellers.