This is an excerpt from the movie "Murder by Decree" in which Christopher Plummer plays Sherlock Holmes confronting Freemason Sir Charles Warren, co-founder of the Ars Quatuor Coronatorum Lodge.

Charles Warren performed the archaeological groundwork for the rebuilding of the Third Temple in Jerusalem.

During the Jack the Ripper murders, Warren, who was the Commissioner of the London Metropolitan Police, erased from a wall near one of the killings, masonic code words concerning the "Juwes" or "Three Unworthy Craftsmen," who in masonic lore, are the fabled assassins of Hiram of Tyre, “the Widow’s Son” —  legendary architect of the Temple of Solomon. The words were evidence suggesting that the Ripper was a Freemason, or someone familiar with what were closely guarded masonic secrets at the time.

Though he has been heavily criticized for alleged mistakes in his research, the late author Stephen Knight remains one of the best sources on the masonic nature of the Jack the Ripper killings in his indispensable book, "Jack the Ripper: The Final Solution.” Another valuable source is the graphic book From Hell by Alan Moore.

Charles Warren is back in the news in connection with the continuing occult, masonic project of building the Third Temple in Jerusalem, which is heavily backed by Protestant Fundamentalist groups in the United States who claim to be followers of Christ.

Israeli historian Illan Pappe wrote on November 10, 2015 that the Israelis hope to demolish al-Aqsa mosque and build the third temple in Jerusalem. The specter of this demolition has been a source of great controversy in the Muslim world and particularly in occupied Palestine, where the indigenous people view themselves as hereditary guardians of al-Aqsa, the third holiest shrine in Islam, after Mecca and Medina.

Hoffman is the author of Secret Societies and Psychological Warfare and Revisionist History newsletters studying the role of the masonic “Unworthy Craftsmen” in the assassinations of Mormon founder Joseph Smith and President Kennedy.

Joseph Smith: "Is there no help for the Widow’s Son?" 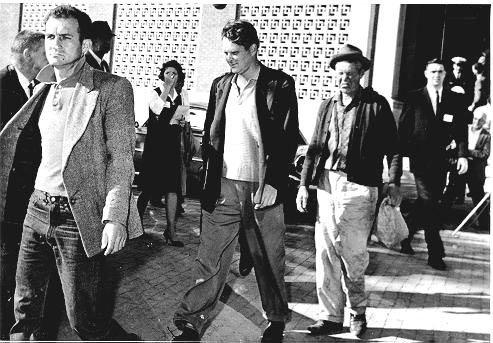 The dialog in that movie clip is jaw dropping.