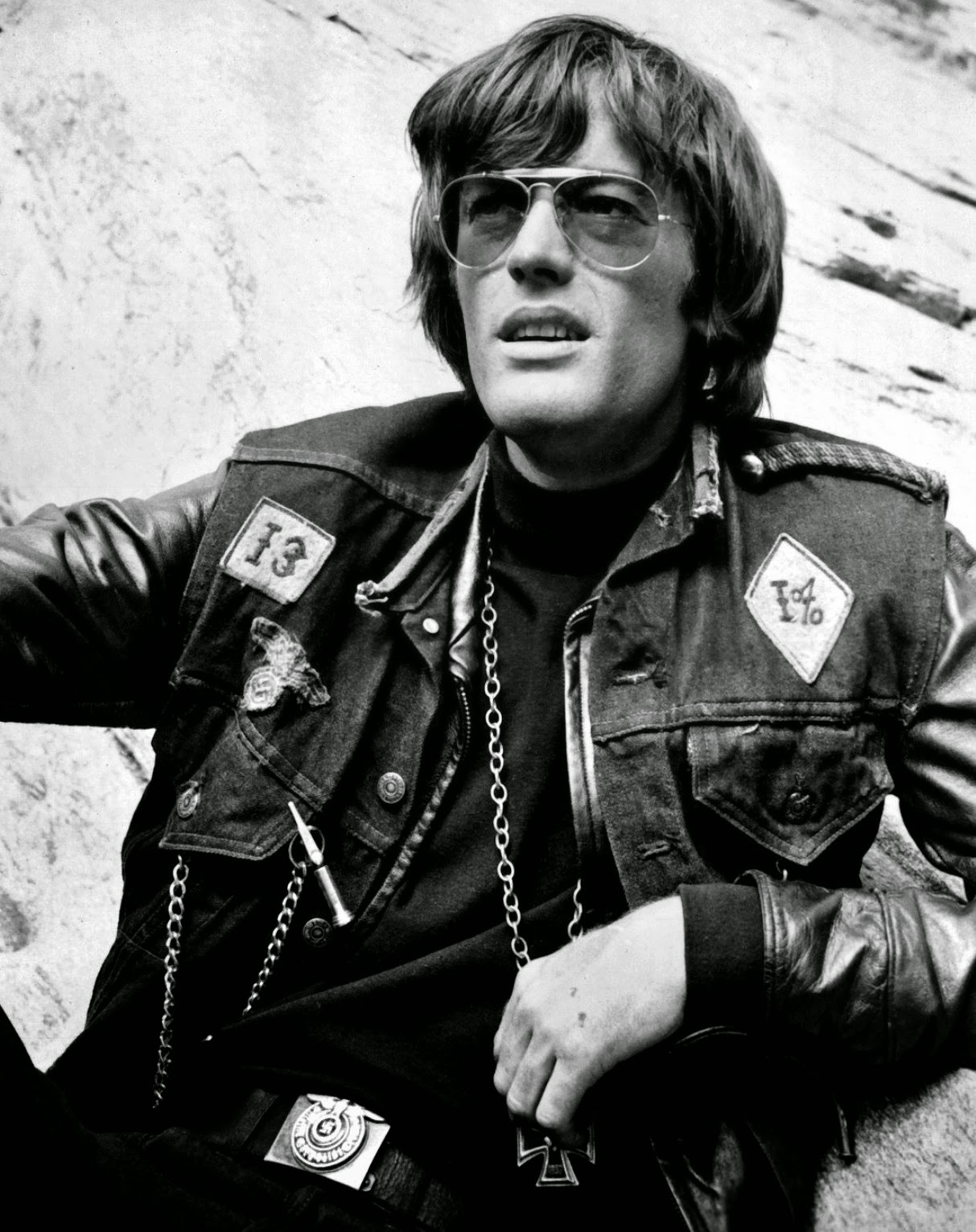 Peter Fonda in “The Wild Angels"

The New York Times is known around our office as Holocaust Weekly News. Just about every seven days (or thereabouts) the “venerable" Zionist “newspaper of record” resurrects some angle on the persecution of Judaic persons 70 or more years ago in WWII, in what is known in Orwellian Newspeak as the "Holocaust.” Recent holocausts of Palestinians by the Israelis, or slightly older holocausts such as Ariel Sharon’s terror bombing of the city of Beirut in August 1982, are consigned by the Times to the dust of the Orwellian memory hole (one can’t write of Zionist propaganda sins of omission and commission without invoking some aspect of George Orwell’s dystopian prophecies).

Holocaust Weekly News reserves a corner of the paper for solemn homilies concerning the crimes of Nazism and the horrid possibility of its resurgence among “Right wing extremists.” Every vestige of the least Nazi sympathies are ferreted out, analyzed and then condemned with a string of self-righteous pomposity. The spiritual heirs of those who dispossess the Palestinians wax eloquent against the dispossession of the “Jews” by the Nazis.

There is, however, a neo-Nazism about which the New York Times and the rest of the establishment media find little or nothing to vituperate: the kind of neo-Nazism from which Hollywood reaps bushels of money. One such exercise in Hollywood’s venal Nazi glorification and exploitation is “The Wild Angels," a 1967  movie produced by American International Pictures (AIP) and starring Peter Fonda. The New York Times observes that it was a “hugely popular” film.

"Hugely popular” translates as hugely profitable. Last March “The Wild Angels” was released on a blu-ray DVD. The movie is loaded with Nazi imagery and icons (dig Mr. Fonda’s groovy belt buckle and the insignia under the “13” patch on his leather jacket in the photo above). The Times acknowledges that, "Swastikas abound, beginning with the logo for the movie’s title in the opening credits, which transforms a capital T into a version of the crooked cross.”

And that’s it. No anti-Nazi comment of any kind is forthcoming from the New York Times, august keeper of the “Holocaust” flame. The Times simply writes: "Out on Blu-ray and DVD in a fine digital transfer, ‘The Wild Angels’ may not have been the first movie in which a character exclaimed “Out of sight, man!” but, released three summers before “Easy Rider,” and introducing much of the same iconography...it...made the hippie youth film possible…Exuberantly directed by AIP’s mainstay, Roger Corman, and propelled by a twangy surf-music score...”

It looks as though the Times has suspended its Nazi-hunting holocaust hysteria long enough to celebrate a highly profitable Hollywood neo-Nazi flick, terming it “exuberant’" and "expertly directed.” The Nazi doings even take place to the sounds of "twangy surf music.” Out of sight, man!


Hoffman is the editor of the journal Revisionist History, published six times a year.

Michael, I hope you don't mind if I start referring to the Holocaust Weekly News as Howee News...or better yet HolloWeakNews.