It is forbidden to explore this topic. Those who do so risk censorship and de-platforming by the Tech Tyrants who oppose every form of racism with the exception of the most virulent institutionalized racism on earth.

Talmudic-rabbinic racism is so virulent that writing or talking about it exposes the author or speaker to loss of career, reputation and perhaps even life itself.

If a discussion about the Babylonian Talmud, Orthodox Judaism’s book of hate, were to actually to take place as a national conversation, almost immediately a Judaic cemetery would be vandalized or a synagogue spray-painted with swastikas. Then as a result, the conversation would end and hundreds of thousands would take to the streets in orchestrated parades denouncing “the rise of anti-Semitism and hate.”

By this ruse, unmasking hate becomes an act of hate and revelations are halted.

Like Adolf Hitler, who came under the influence of Kabbalistic occultism from 1919 onward (cf. “A Supernatural History of the Third Reich” in Revisionist History newsletter no. 100, January 2019), the neo-Nazi and alt-right groups are useful idiots in Zionist and Talmudist black ops, such as odious and reprehensible cemetery and synagogue vandalism, and similar ungodly attacks.

We have a Congress, White House and corporate media obsessed with hatred directed against Judaic people. No sane person of Christian belief advocates hating a sinner. We hate only sin, not the sinner — for we are all guilty of being sinners in one form or another. Jesus died for every sinner, whether Jew or non-Jew, who believes in Him. When you see vandalism against Judaic sacred places, understand that in many, if not most cases, this is a false flag operation intended to benefit Talmudism and the Israeli government, while silencing and discrediting thoughtful reporting of the Talmudic-rabbinic theology of hatred.

Orthodox Judaism consists of the dogma that non-Jews are lesser beings, more hominid that human. It is often alleged that only Judaic “extremists” hold such racist beliefs. In fact, Orthodox (Talmudic) Judaism is inherently racist and genocidal toward gentiles. This has played a significant role in the Israeli mass murder of Palestinians and Lebanese. Talmudic hate speech is the key factor.

If the West understood the nature of this hate speech much of the oppression visited upon the Arab people might be curtailed. Instead, the very concept of "hate speech" has been appropriated by the western media and made synonymous with any research that documents the truth about rabbinic hate speech.

Occasionally a particularly candid demonstration of the true nature of the Talmudic creed surfaces above the sea of propaganda and misdirection. This occurred in 2009 with the publication of a representative Orthodox Judiac book authored by two Israeli rabbis.


Hate Speech Documented
Advocacy and Justification of Genocide of Non-Jews 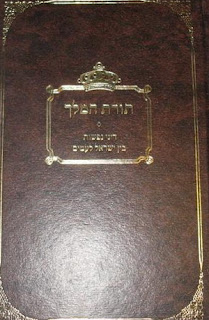 This 230-page halachic treatise published in 2009 cites sources from the Babylonian Talmud to argue that the lives of non-Jews are worth far less than those of Jews.

Furthermore, the rabbinic authors advocate the killing of non-Judaic children if it is believed that these children will grow up to be enemies of the Jews.

Anyone, men, women and children, who merely belong to the nation of the “enemy" are also considered an enemy. Torat Hamelech is a manifesto for genocide. Rabbis Shapira and Elitzur declare that individual Jews can make the decision to kill gentiles on their own initiative as a matter of halacha (Judaic law).

Chapter Five of Torat Hamelech, "The Killing of Gentiles in War,” states: “There is a reason to kill enemy babies even if they have not transgressed the seven Noahide Laws, because of the future danger they may present, since it is assumed that they will grow up to be evil like their parents.” 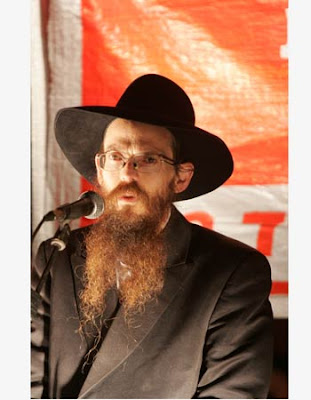 In a 2011 interview with Radio Kol Hai, an Orthodox Judaic radio station, Rabbi Shapira stated, “When you read Jewish law in many places, you might understand that gentiles can be killed freely without problems.”

Shapira is the director of the Od Yosef Chai Yeshiva in the Israeli state. He learned Talmud and Kabbalah from Rabbi Yitzhak Ginsberg. Rabbi Ginsberg told New York's Jewish Week newspaper (April 26, 1996, pp. 12-13), “If a Jew needs a liver, can you take the liver of an innocent non-Jew passing by to save him? The Torah would probably permit that. Jewish life has infinite value,” he explained. “There is something infinitely more holy and unique about Jewish life than non-Jewish life.”

The Chabad-Lubavitch organization of which Ginzburg is a member in good standing, is politically powerful and influential among U.S. politicians, members of Congress and current and past US presidents, from Jimmy Carter to Donald Trump. Flattering portraits of Chabad-Lubavitch as emissaries of their love-filled faith often appear in the U.S. media and they are recipients of lavish financial support from American “evangelicals.”

If “hate speech” actually is a concern, why is Talmudic hate speech excluded from our national conversation? Why does Amazon.com ban the most effective scholarship documenting such hate speech?

Why is the killing of Palestinians,which is often motivated by Talmudic hate speech, yawn-inducing, business-as-usual in the American media? No such routine killing of Judaic people would be met with this apathy. Here we see a function of the Talmudic praxis.

During the 2019 Super Bowl, the Washington Post, owned by Amazon-founder Jeff Bezos, broadcast a commercial spotlighting journalists who have been attacked and killed. The Israeli shooting of 39 journalists in 2018, and the death of two of those reporters who were shot by the Israeli army, were excluded from the Post’s virtue-signaling self-advertisement.

940 Palestinian children were shot by Israeli snipers during Palestinian protests at the border wall in 2018. Thirty-five died of their wounds. More than 6,000 adults were shot. A total of 189 were killed. This is the Torat Hamelech in action.

Does anyone imagine that if these casualty figures were for Judaic persons, that they would be a mere blip on the media screen, as they are now? They would in fact be incessantly reported as the “The start of another Holocaust!” and “A wave anti-Semitic atrocities!” We would hear about it, visualize it and study it every week for years.

Yet when it is Palestinian gentiles who are the victims, the documentation on the war crimes perpetrated by the Israelis at the Gaza border in 2018 are reported as the New York Times reported them — in the back pages of its February 28 issue — and then unceremoniously dropped, with no follow-up; no sustained investigation as to how “the only democracy in the Middle East” could perpetrate such bloodshed.

There can’t be a sustained investigation into the theology which motivates this contemptuous Israeli mass murder however, because it would inevitably lead to hate speech enshrined in Orthodox Judaism; said hate speech being protected at all costs —including the cost of non-Judaic Palestinian lives.

Copyright©2019 by Independent History and Research