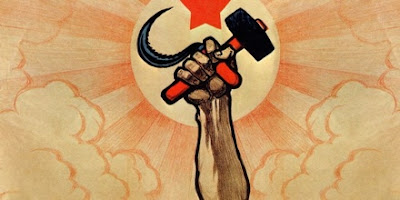 You may have heard that earlier this year Amazon.com removed dozens of books for sale on its website because they were judged to be “hateful.”

Books in praise of Communist butchers continue to be sold by Amazon, however.

The media inform us that Twitter has also embarked upon a campaign to nobly cleanse its digital premises of “hate."

The privileged students in halls of academe such as Stanford, Harvard and Cornell have signed on to the Inquistion's standard that error has no rights. Challenges to Leftist and Zionist orthodoxies are labeled as hateful by consensus approval, and thus subject to a ban in the name of preventing hatred and genocide. 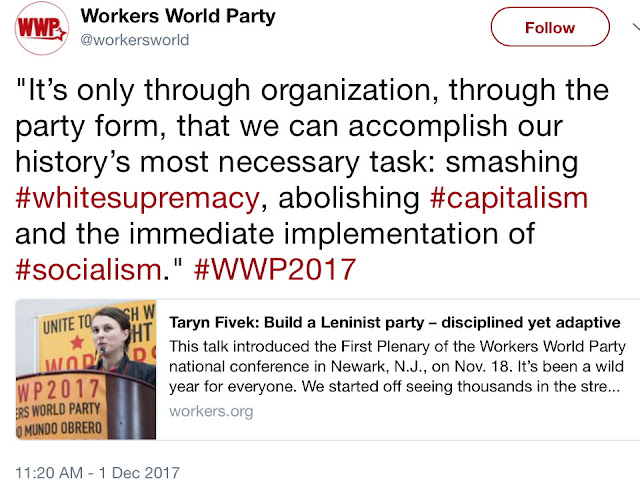 Workers World Party is one of the many accounts on Twitter glorifying the hate-filled Leninist party, created by the Communist butcher of millions of Russian Christians. There have been few if any calls from the mainstream media to persuade Twitter to remove Leninist hate speech. Similar hate-filled Communist web pages are hosted by Facebook and Google.

Facebook, Google, Twitter and Amazon would not dream of countenancing a ban on books rehabilitating the reputation of hate-mongering mass murderers such as Vladimir Lenin, who is newly celebrated in a disgraceful book from Verso: Lenin 2017. 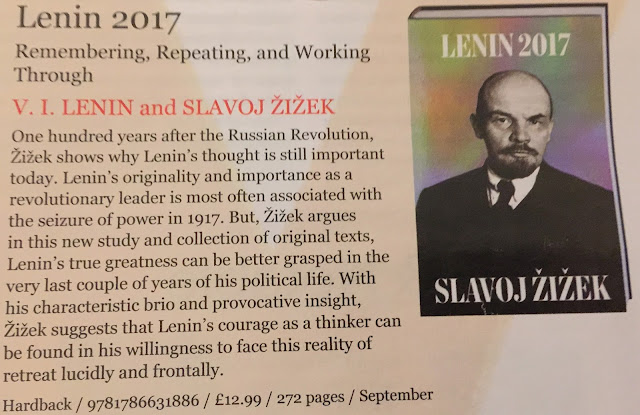 This volume is described by the publisher in a full page advertisement published in the October 5, 2017 issue of the prestigious London Review of Books, as containing an appreciation of “Lenin’s true greatness.”

Vladimir Lenin murdered millions of people, including the peasants and workers in whose name he and his Communists conquered Russia. He crushed freedom of speech and press and most other human rights. Through his CHEKA secret police, he killed almost any dissenter. If Leninism ever starts up again, millions more will die.

Killers like Lenin and the movement of hate he launched against goyim, kulaks and Christians is absent from the virtue-signaling new inquisition against conservative expression in digital speech, and online texts.

In fact, as we saw with Leftist Antifa violence and arson in 2017, it seems that the self-appointed censors at Twitter, Facebook, Google and Amazon who are policing the Internet, are themselves co-conspirators —  tyrannical Leftists exploiting the issue of “hate” to gain totalitarian dominion over their political rivals in the marketplace of ideas — by demonizing and suppressing Conservatives online and leaving the Communists and anarchists mostly untouched.

Meanwhile three of Lenin's statues stand on public display in America, with no campaign by CNN or the Washington Post to remove them.

If hatred and violence really were the target of the online censors,  Lenin’s Workers World Party and Verso’s Lenin 2017 would be among the first of the far-Left groups and texts to be proscribed. Instead, Amazon and Twitter have considerable tolerance and more than a little sympathy for the dictatorial revolutionary violence represented by the far Left.

By terrorizing, intimidating and censoring American Conservatives, the “progressives” stand exposed as the ideological heirs of politically correct mass murder. Somehow this does not constitute hate in the eyes of our bosses in the media.

It took over a century, but once the Second Amendment was done away with in 1903, it was only a matter of time before the Judeo-Masonry got around to the First Amendment. "Texas is my country".

First, there is no "White Supremacy" in America to abolish, Jewish Supremacy rules. Any doubters just gaze at the monstrous Menorah parked adjacent to the White House while nativity and any Christian displays are banned. Second, capitalism is evil and should be abolished. It is a predatory and rapacious system in which more and more wealth aggregates into fewer and fewer hands. Please note the huge distinction between capitalism and Laissez Faire free enterprise, which is an excellent system but only exists in America at the nickel and dime level. Third, socialism can be a very positive thing if correctly implimented using logic, justice, and compassion.

When I tried repeatedly to incorporate into his Wikipedia article the recently published evidence, from the UK and Israel, that Lenin died of syphilis, almost immediately my entries were deleted. Clearly, some gatekeeper is actively protecting the butcher's "heroic" reputation.

Vladimir Lenin murdered millions of people, including the peasants and workers in whose name he and his Communists conquered Russia. He crushed freedom of speech and press and most other human rights. Through his CHEKA secret police, he killed almost any dissenter. If Leninism ever starts up again, millions more will die.

I'm not sure how Lenin murdered millions of people. He led one fraction in a war for power in which millions of civilians died from the actions of both sides, and his fraction turned victorious.

He crushed freedom of speech.

Freedom of speech is crushed in wars.

Through his CHEKA secret police, he killed almost any dissenter.

History of the Soviet Union shows dissent countering Bolshevism was alive and well in the twenties. One can read about that in Victor Serge's memoirs. According studies of modern scholars based on primary sources (viz., Arch Getty), strong tension and differences of opinion within the Communist Party continued even through the thirties.
.......

The last time I said things like these, the excellent journalist Greg Hunter, who emphasizes his fact-based attitude, told me to "stop trolling" and pointed out to me that Obama’s good friend communist terrorist Bill Ayres was quotes as saying “25 million Americans would need to be eliminated” in a takeover of the U.S. (https://www.thenewamerican.com/usnews/politics/item/2455-obamas-friend-ayers-kill-25-million-americans)

I understand the concern about such facts, and, living in Europe, can empathise with people worried about them.

And they are a very bad excuse for promoting historical falsehoods and being ungrateful to the person who wants truthful accounts.