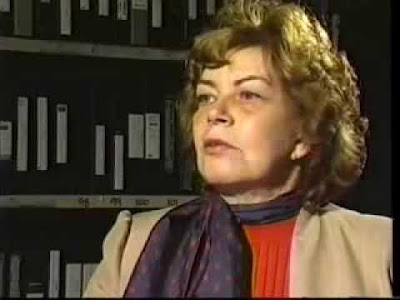 Michael Hoffman’s Note: Ingrid Rimland, the wife of the late German revisionist Ernst Zündel, died at the age of 81 in October, after a brief illness. Though no one is permitted by the mass media to be termed a Holocaust Survivor™ unless they were a Judaic victim of the Third Reich, Ingrid was indeed a person who had survived a holocaust, having only barely escaped Soviet dictator Joseph Stalin’s attempt to enslave, extrude and exterminate ethnic Germans in the territory of the USSR.

During the Second World War, Ingrid witnessed Germans in Russia rounded up and deported to Siberia, or killed. Born in the Soviet Union among the Mennonites from Germany who had resided there since the time of Catherine the Great, she was with her family as they fled Stalin’s holocaust, seeking safe haven in Germany, on a perilous western trek with little food or clothing, pursued by Communist troops.

The following brief remembrance demonstrates the indomitable, never-surrender spirit of these “Volksdeutsche.” May it serve to inspire our people to endure in the midst of the peculiar 21st century genocide which destroys us by psychological rather than military warfare, seeking to impose feelings of worthlessness and a mentality of spiritual suicide.

“A scene of many years ago, somewhere in Russia or Poland, is burned into my memory: a freezing, hungry Christmas on the trek, on rickety wagons pulled by exhausted horses that left their bloody footprints in the snow. We Volksdeutsche, thousands and thousands of us, were fleeing the murderous hordes of the Red Army. We stopped somewhere at night and there was nothing but ice and dark sky in the snow-laden forest. Many had died on the road. Many more would die on the road ahead. Only four in my family were still alive — my mother, my grandmother, my baby-sister and this writer, then seven years old.

“I lay curled up beneath snow-sodden blankets, sobbing my heart out. I watched as my grandmother climbed down from the wagon, tears freezing on her cheeks. She had nothing to give me but this — she broke off a twig from a fir tree, and with her trembling, frostbitten hands she put a match to it against the wind, and when it threw sparks she held it up to my nose with these words, “Sei still! Halt aus! So duftet Weihnachten im Vaterland’ (‘Be quiet! Endure! That is how Christmas smells in our homeland”). 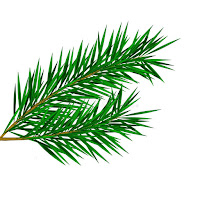 I was impressed with Ernst Zundel and more so with Ingrid. They both represented the very best of German folk who suffered so much in those war years. What the German people went through has been deleted from history yet some of us remember. Good article Michael but feel a much longer and more detailed history of what they went through is needed.

A brave woman who suffered much . May she rest in peace . Mike

Um, yea, why arent we told of the tens of millions that died in russia. these bankers need to be sent packing. its only a matter of time that they do this (caul) again, they're psychos

This was a poignant recollection and shows what the human spirit will endure.

In Tasmania last year I met a Russian woman whose family had fled the country on foot at the end of WWII when she was a child. In recounting this, she said emphatically, "The Germans are the best people in the world. When we asked German farm families if we could sleep in their barn, they would insist that we sleep in their house with them." I'm sure that there are good, bad and indifferent Germans, but this woman's impression clearly was unshakable.

After spending much time reeducating myself to the truth of a rewritten history, I cried like a baby for over an hour. Sending prayers out to all of the multi-ethnic people and cultures who fell victim at the hands of the communist between the period of 1810 to 1975. Words cannot do justice to the bravest men,women,and children who lost their lives by seeking the purest form of love as I know it to be, TRUTH ~ Jon Dennis