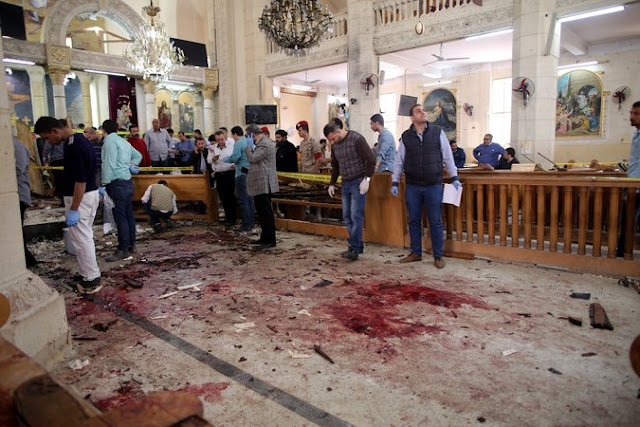 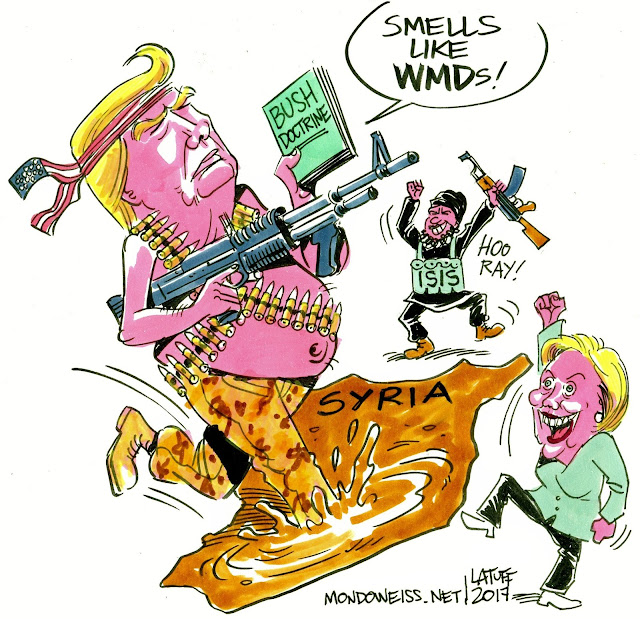 In Seymour Hersh’s recent book The Killing of Osama Bin Laden he touches on the infamous sarin gas attack on Syrian civilians back in 2013. Children died in that as well. It turned out that the sarin used in that attack was different than the gas that Assad had given to the U.S. which we took possession of and destroyed.

The theory is that certain entities in our own U.S. government enabled rebel factions in Syria to use the gas on their own people, in order to entice the U.S. into war with Assad. Luckily, under Obama, the ruse didn’t work. Unfortunately, this time this black op has been successful.

It makes exactly zero sense that six days after Assad finally “wins” — with the U.S. proclaiming that his removal from power is no longer our focus —  that he suddenly sees fit in early April to engage in the ultimate provocative behavior that paints a target on his back all over again.

Why on earth would anyone of sound mind do such a thing?

And yet, Charles Blow “explains” in the New York Times, that loosening the grip on Assad “emboldened” him to poison a few civilians with gas.

For what purpose? Even if someone has nothing but contempt for Assad, normal rules of common sense still apply. Assad is not stupid or a maniac, he is someone who wants to stay in power. The United States had granted him that just last week.

You tell me who poisoned those poor souls. It wasn’t Assad.

It pains me that Syrian civilians are being used in this manner, as pawns, to advance an agenda. But ample precedent exists for just that.

Dear Mr. Hoffman, as of late I'm getting this annoying warning while attempting to enter your blog:

"Some readers of this blog contacted Google, claiming its content to be controversial. Google usually does not verify the contents of the blogs, nor are they subject to approval."

Yes, this warning was affixed to our blog in early April.

Hopefully this new “forbidden” aura will attract many more readers to the blog.

People throughout the world support freedom of inquiry and are hungry for historical documentation and informed opinion outside the narrow aperture of the System’s consensus.

It is supposed to be a clever tactic to demonize one’s political opponents, but we are confident that the stratagem will backfire. Readers are intelligent enough to determine for themselves, without content warning labels, whether our writing is credible or not.

The “democratic” Internet is increasingly a censored one. The West mocks Iran and China (among others) while Silicon Valley executives present themselves as the face of a wonderfully loving and tolerant future. I think it’s little more than a self-aggrandizing pose. They pretend to represent freedom but in fact, they stand for total freedom only for their own sacred beliefs and ideologies.

These clowns don't even give you the option of clicking "Don't ask me this again." I'll be beta testing a new social media network that won't censor those who are taking on the Cryptocracy. Follow me on FB if you want to know when the site actually launches for the general public.