The NAACP and "Non-Economic Liberalism"

"Non-economic liberalism" was a philosophy developed by the longtime white Jewish president of the NAACP, Joel Spingarn, for Black people's social and political advancement without economic empowerment.

"It took fifty years of pressure at close quarters from these so-called Jews to finally tame Du Bois and make him change 'Jew' to 'foreigner' and 'immigrant'." in the 1952 edition of his book, thus concealing the Jewish presence in the post-slavery Southern economy." 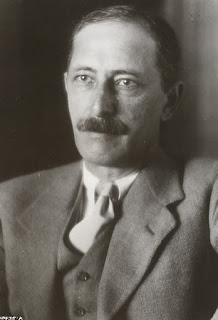 "Non-economic liberalism" was the philosophy guiding the activities of the early NAACP (National Association for the Advancement of Colored People), which sought the social acceptance of Blacks instead of building our own business economy. The Honorable Elijah Muhammad warned Black people that Whites would never teach us "the science of business," so "non-economic liberalism" was a philosophy developed by the longtime white Jewish president of the NAACP, Joel Spingarn, for Black people's social and political advancement without economic empowerment.

This philosophy was in direct contrast to the economic and political empowerment goals of the Niagara Movement, which was supplanted by the historians write about the NAACP , they make you think that it was the direct outgrowth of the Niagara Movement, which was secretly started by 29 Black men, who stated in their 1905 Declaration of Principles that they "especially complain against the denial of equal opportunities to us in economic life; in the rural districts of the South this amounts to peonage and virtual slavery; all over the South it tends to crush labor and small business enterprises..." These Black men demonstrated that Black people in the South strove toward The Honorable Elijah Muhammad's brand of economic independence. In fact, by 1910 Black people had acquired over 16 million acres of land, mostly in the South, but Black landownership steadily declined after the advent of the NAACP, as this organization made the northern cities safer for Black people, thus facilitating the Great Migration(s) out of the South.

Now, this same white woman, Mary White Ovington, a New York City news reporter, tracked Du Bois down in 1906, and later introduced him to 300 other white "liberals" in New York City ,who then founded the NAACP in 1910. Du Bois was the only member of the original 29 founders of the Niagara Movement to join the white-dominated NAACP. These early white leaders of the NAACP included wealthy Jewish merchants, rabbis, economists, scholars and journalists and others, such as Jacob Schiff, Julius Rosenwald, Joel Spingarn, Rabbi Stephen Wise, all of whom hypocritically pushed "non-economic liberalism.” 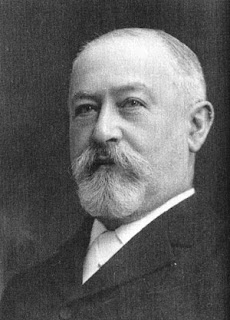 For instance, one of these Jewish board members of the NAACP, Jacob Schiff, was a senior partner in the Wall Street banking house of Kuhn, Loeb and Company. Schiff also became the director of many other important corporations, including the National City Bank of New York, Equitable Life Assurance Society, Wells Fargo & Company, and the Union Pacific Railroad.

He could have hired and mentored William Monroe Trotter, who had two degrees in international banking from Harvard, but, instead, Schiff watched over the shoulder of Du Bois as he edited the Crisis Magazine. Schiff decided not to help the man who could have led Black people to economic independence and power, but decided instead to shepherd another Black man toward being the most eloquent complainer about Black people's condition.

W.E.B. Du Bois was one of our great Black writers who travelled through the South and wrote The Souls of Black Folk in 1903. The book was very radical for the time and even pointed out the great influx of European Jews into the South, where they exploited the Blacks through the system of "sharecropping" cotton, while selling back to them cheap manufactured goods from their cousins up North. According to The Secret Relationship Between Blacks and Jews, Volume 2 (hereafter "TSRv2"), Du Bois made his way to Dougherty County , Georgia, a farming region and home to ten thousand Blacks, who outnumbered whites by five to one. However, according to the U.S. government's report of the Industrial Commission on Immigration (1901), "Nine-tenths of the storekeepers in Dougherty County are Jewish merchants— some Russian and German Jews, but most of them Polish Jews."

His observations and facts led W.E.B. Du Bois to state, "The Jew is the heir of the slave-baron in Dougherty [County]," for Blacks all over the South fell victim to a system of debt peonage called "sharecropping," which Southern so-called Jews set up and used to their advantage to make the Blacks the poorest of the poor, while at the same time making a class of Jewish cotton merchants the richest of the rich. These Jews used "sharecropped" cotton to advance from peddler to store owner to banker to international financiers. These Jews kept this economic blue print to obtain wealth to and for themselves, while they led Black people to a strategy of "non-economic liberalism."

According to "TSRv2," after the publication of The Souls of Black Folk in 1903, NAACP board members Jacob Schiff and Rabbi Stephen Wise hired Du Bois to be the editor of the NAACP’s Crisis Magazine and later pressured him to alter several passages of his book that referred to this nefarious Jewish economic activity. It took fifty years of pressure at close quarters from these so-called Jews to finally tame Du Bois and made him change "Jew" to "foreigner" and "immigrant" in the 1952 edition of his book, thus concealing the Jewish presence in the post-slavery Southern economy, a fact that they never wanted exposed. Du Bois was a writer who had a firsthand view of what the Jews were doing in the South, but now his pen had been compromised, as the original voices of the Niagara Movement had been marginalized. How , and through what means, they "pressured" him is a study in how a people with a plan and hidden agenda can manipulate unsuspecting and trusting souls away from their best self-interests.

Why would financier Jacob Schiff and Rabbi Stephen Wise spend so much time and effort to sway the mind of one Black man, Du Bois, while ignoring and marginalizing another Black man, Trotter? Jacob Schiff was one of the most important men behind getting Pres. Woodrow Wilson elected in 1912, and then he lobbied him to sign the legislation in 1913 that set up the Federal Reserve System.

Another prominent Jew and NAACP board member Rabbi Steven Wise, who founded the Federation of American Zionists in 1897, became one of Wilson's most trusted advisors. This is the same Wilson who initiated the wholesale firing of Blacks from government positions, and established segregation for those who remained, continuing the employment of Blacks only where whites did not find them "objectionable."

While Jewish board members of the NAACP were changing the economic destiny and banking system of Gentile America, "TSRv2" exposed that they were also promoting and cheering the advancement of white supremacists who dedicated their lives to ensuring that Blacks would never rise in any capacity above servant and menial labor. They supported newspapers in the South such as the Raleigh News and Observer, which became a "malicious and vindictive negro- baiting organ" of white supremacy. While these Jewish NAACP board members courted white supremacists, they at the same time controlled the direction of Black people's struggle against these same white supremacists, carefully steering Blacks away from economic development, which is a human right, toward some type of “social liberation.”

Powerful Jewish forces used the NAACP to effectively change the social climate in the northern cities, which were opened up to the Blacks from the South, who in the “great migration” to the North left their farms behind to be the servants for the northern elite and their immigrant white factory workers from Europe. Southern white Jews had made their fortune off “sharecropped” cotton and a captured Black market in the South, and, having moved to the northern cities to set up their clothing factories, they brought their Black “virtual slaves” with them.

Therefore, “non-economic liberalism” was a product of white hypocrites and deceivers masquerading as friends to the Black man, who saw us coming down the intelligent road of economic development, but championed the enemies of our economic rise and herded us off into the wilderness and dead end of social liberation with their lower class of Whites.


Dr. Ridgely A. Mu’min Muhammad is an agricultural economist, National Student Minister of Agriculture and Manager of Muhammad Farms for the Nation of Islam. He can be reached at: drridge@bellsouth.net


[Publication of Dr. Muhammad’s essay herein does not imply endorsement of all of his views]

Dubois was also the main force that antagonized Marcus Garvey, marginalizing one of the greatest black leaders of the 20th century - if not all of history. It is shameful what Dubois did. As they sing of Garvey:

"His own brethren sell him for rice and peas.
They didn't know there'd be days like these!
Now the human race in such a squeeze."

"after the publication of The Souls of Black Folk in 1903, NAACP board members Jacob Schiff and Rabbi Stephen Wise hired Du Bois to be the editor of the NAACP’s Crisis Magazine"

You should re-word this. insert "future" NAACP board members... The NAACP was created in 1910. I aslo don't know iof it's entirely accurate to say Schiff and Wise were the the ones who put DuBois in charge of the Crisis Magazine. I think it was a consensus among the white members , Mary Ovington, O.G. Villard, Moorfield Storey, to keep Dubois from any decision making capacity. I hv also read were Dubois was offered the Chairman of the Executive Committee, and he turned it down; perhaps recognizing his own limitations (i.e. he had one hell of a surly personality)

Great article. The same Zionists who founded and funded the NAACP also sought to derail the Garvey Movement's Repatriation Program in favor of civil rights, while simultaneously advocating their own repatriation program. Only if they had listened to Garvey. Free people don't beg for rights; they declare them!

Excellent work Dear Brother Truth has come to us~

Excellent last statement! Yes, the modern day "zionists" are the scions of, "The Generation Of Vipers..."--those corrupted, persisitently rebellious ones who subverted The Ministry Of Jesus The Christ (A.S.).