See What YouTube's Censors are Trying to Hide 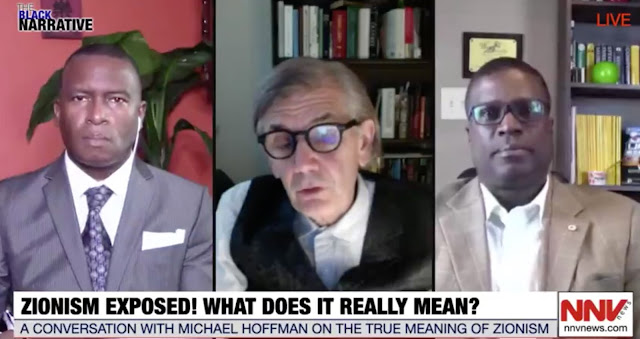 Last week we told you about a 90 minute discussion I was fortunate to have with two leading black activists, journalist Steven Muhammad, and scholar Ilia Rashid Muhammad, on “The Black Narrative” television program. It was subsequently broadcast in its entirety on YouTube, beginning October 6, and banned and removed by YouTube a few days later.

From a young age I have been taught that when you are served a lemon make lemonade. I’m not a positive thinker because of New Age ideology, but due to my Catholic upbringing. My saintly mother and the Franciscan Capuchin friars taught me that to doubt one’s destiny was a “sin against the theological virtue of hope.” Translation: Have faith: Jesus is with us in good times and bad.

All of my YouTube videos were banned last year after more than ten years on YouTube, and now it seems nothing I say is allowed on YouTube for very long. So we fought back.With permission of Mr. Steven Muhammad, we uploaded a copy of the banned conversation to the censorship-free (though less well-known), Bitchute channel.

Bitchute is broadcasting our video which had been banned by YouTube.

Consequently, people can see what YouTube’s censors were trying to hide!

They can see for themselves that our video is free of hatred and grounded in truth.

They can see that YouTube’s discriminatory censorship retards the advancement of knowledge and human understanding, and is a blight on the Internet which was founded to advance freedom of inquiry.

Here’s an invitation to those of you who care enough to go deeper in your study of the Babylonian Talmud and Zionism, to view our discussion:

Relations between races sincerely premised on a mutual search for facts and truth, is a fine basis for understanding between people. These are virtues, centered in our Christian faith and the civilization that a courageous Catholic mariner helped to found in this hemisphere. With your assistance, whether by prayer, donations or other help, we will continue our Truth Mission, against all opposition.

We are pleased to announce a half-hour movie, "Courage and Conviction: The True Story of Christopher Columbus," narrated by Chazz Palminteri. Watch it online here: https://www.kofc.org/en/news-room/columbus/index.html It is also being broadcast today on satellite and cable by EWTN network.