Marching for Freedom in Idaho 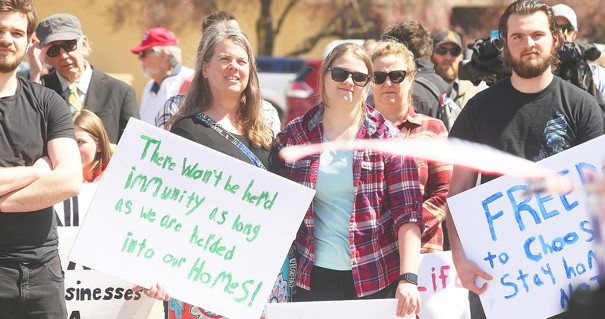 Constitutionalists: Author and activist Michael Hoffman (in gray hat, sun glasses and tie at upper left) joins others in the march for freedom in Idaho Sunday

Liberty-loving Idahoans: demonstrating along I-95 for the Constitutional right of peaceable assembly for purposes of commerce, which has been eliminated by Gov. Brad Little 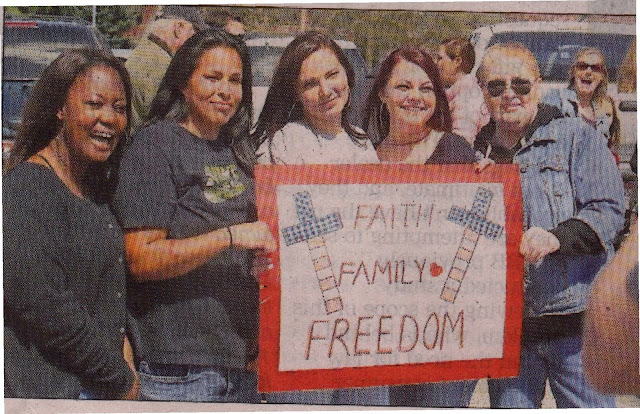 Yesterday I was proud to march in Coeur d'Alene arm-in-arm with fellow, freedom-loving dissenters, calling for the great state of Idaho to completely reopen and develop herd immunity.

We protested Governor Brad Little's unconstitutional ban on our First Amendment right to peaceably assemble to engage in worship, commerce and fraternization.

The Governor permitted liquor stores to remain open while he commanded churches to close — that's a Soviet model of governance. Whether or not he’s a nice guy or well-intentioned, the road to hell is paved with good intentions. We need to speak truth to power.

Candidates for county sheriff and state legislature appeared and spoke briefly and supportively. A retired, middle-aged NYPD officer marched with us along with his wife. He had an AR-15 rifle slung on his back. He and the Mrs. relocated to Idaho five years ago to raise their children here.

Some marchers wore pistols. I am always unarmed, but I guess you could say we obtain "herd immunity" from Cryptocracy-zombie mass shooters, by the patriotic Idahoans around us who are armed. I fully support an armed citizenry.

The protest opened with prayer by a local pastor, which included prayer for the governor.

We marched along I-95 to much horn-honking and encouragement from passing cars.

The article in our local newspaper was fair and balanced. You can read it here

The protest had been barely advertised.  Talk about “grassroots” — it was organized by a working class lady living out in the country with no prestigious “credentials” other than her love of liberty. We spotted a tiny item about the forthcoming protest in The Coeur d'Alene Press last week. I imagine if it had been massively publicized we would have had 2,000 or more in attendance.

If you need science facts in the ongoing Coronavirus lockup debate, see:

Please consider a donation to keep this On the Contrary information service in production and transmission
Give back for that which you receive. It's only fair and it ensures a continuing stream of valuable information difficult to find anywhere else.
_________________

Announcing the latest issue of Revisionist History® newsletter:
“Hanging Poor Whites: A History of the War of the White Ruling Class on Their Own People”
Contains part of chapter one of our forthcoming book, the sequel to They Were White and They Were Slaves
_________________