By Michael Hoffman
A Voice Crying in the Wilderness 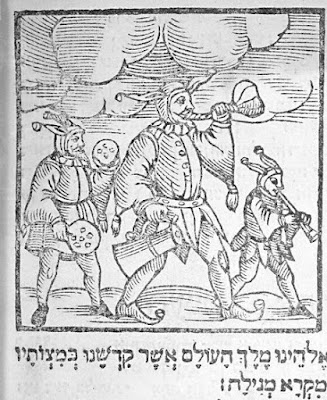 This Wednesday, February 28 at sunset, begins Purim (pronounced poor-im), the Talmudic festival of revenge on the goyim that is a twisted version of the Biblical book of Esther.

The rabbinic Purim is predicated on a reading of the “Scroll of Esther,” i.e. “Megillah Esther.”

Esther is a problematic book even without rabbinic counterfeiting. It seems to have been written in a void. God is missing from its pages and Jesus never quoted Esther. The name Esther is derived from the Hebrew Nistar which denotes “hidden.” We consign the Book of Esther to the category of a mystery.

The rabbis chose to add to it significantly, as is their custom with regard to the books of the Hebrew Bible.

According to their Midrash on Esther, she was married to Mordechai: “Not only was Esther an upright Jewish woman who abhorred the notion of marriage to the goy king Ahasuerus, she was actually already married to Mordechai, who was the greatest sage (master of the oral law) of his generation. Every time Esther went to Ahasuerus, she was literally taken and forced to be with him. Throughout her ‘marriage’ to Ahasuerus, Esther still remained loyal to her true husband, Mordechai. After leaving Ahasuerus’ presence she would immerse in a mikvah (ritual bath) and then secretly rendezvous with Mordechai”

The preceding convoluted fabrication is typical of the Talmudic perversion of the Biblical narrative.

On Purim it is necessary for the Judaic male to get drunk; he is to become so completely drunk that he can’t discern good from evil —  “No longer distinguish between arur Haman (‘Cursed is Haman’) and baruch Mordechai (‘Blessed is Mordecai’); (Megillah 7b).

Here is film footage of Orthodox Talmud-followers drunk in the streets of Jerusalem during Purim:
https://www.youtube.com/watch?v=0TebUTVTO4o

Revealing these facts to you puts this writer in jeopardy, in the dangerous category of apikorus (heretic). You are not supposed to be reading these words and I am not to write them.

One of the foods served on the holiday of Purim are “Haman’s ears” (oznei Haman), baked in the form of a pastry. In the Kabbalistic understanding of this minhag (custom), as personified by the Hasidic “sage” Rabbi Zvi Elimelech of Dinov, the hearing of knowledge (da’at) not authorized by the rabbis and which emanates from an apikorus, is a spiritual danger: “Consuming the ears of Haman at the Purim meal symbolizes eliminating wicked opinions —  the evil da'at, which is represented by the hearing ears. This is the particular spiritual threat posed by Amalek, who was the progenitor of Haman.”

It is also the “threat” posed by the apikorus Jesus Christ who said, “He who has ears to hear, let him hear” (Matthew 11:15).

In the Zionist-influenced media it is the Catholic priest and the pulpit-pounding Calvinist who are made to represent heresy-hunting, and the “ tolerant and loving” rabbis and their communities who are depicted as the targets of the inquisitors, never the other way around; this is a reversal of the actual reality that Jesus spoke of in Matthew 23:30-39.

The religion of the Talmud and the Kabbalah is an anti-Biblical occult system. On Purim the adherents of these texts dress Halloween-style in all manner of grotesque attire. In 2013 New York state legislator Dov Hikind mocked black people by dressing in minstrel blackface and an Afro wig (https://www.youtube.com/watch?v=VpYJ3funHHw).

In this film footage dozens of rabbis and hundreds of their followers are gathered for a reading of the Megillah of Esther and what you will observe has nothing to do with the sanctity or the learned gravitas that Steven Spielberg and the controlled media have branded onto our minds in association with Talmudists. What you will see is something akin to unholy pandemonium:
https://www.youtube.com/watch?v=74dv4YaYl5o

Every October Protestant fundamentalists vigorously protest and warn against the observance of Halloween, but these faint-hearted folk have few words of protest or warning about Purim. Apparently Judaic souls are not worth the effort.

Megillah (מגילה \ מְגִלָּה‎) is etymologically related to the word galah (גָּלָה): “to reveal.” (Strong’s Hebrew (1540) defines it as: “to uncover”). It can be translated as “Revelation of the Hidden.”

The creed of the Talmudists is at bottom a farce; an impersonation of the religion of the Bible. Nowhere on earth will this be revealed in greater detail and with more impact than in the rites and ceremonies that will take place beginning at sundown on Purim, and in particular in the ritual of Purimspiel.

“Nothing is Forbidden during Purim”:
https://www.youtube.com/watch?v=M99LirFGqxc

When the truth about an iniquitous enterprise is conveyed to you, you are doubly under obligation, and doubly convicted if you do nothing with the knowledge.

Michael Hoffman, a former reporter for the New York bureau of the Associated Press, is the author of Judaism Discovered: A Study of the Anti-Biblical Religion of Racism, Self-Worship, Superstition and Deceit (1,102 pages, Independent History and Research, 2008). 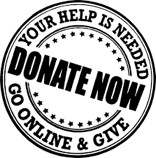 What a disgusting "religion".

Luther hated the book of Esther. He said it should be tossed into the Elbe River. Mordecai ("worshipper of Mars") was the family name of Karl "Marx."

In the "Nothing is Forbidden During Purim " video. There was an effigy of a hanging ZIONIST. Now that was kinda cool.

To take anything at face value in the realm under consideration is probably a mistake.

You are just a piece a shit. As I said, what you need is a pair of brass knuckles across your teeth. End of story.