The Israeli government no longer needs to conceal its alliance with the bloodiest and most murderous, Christian-hating terrorists on earth: Islamic State, aka ISIS.

Ya’alon: "I would prefer Islamic State to Iran in Syria"

Israeli defense minister: "If I had to choose between Iran and ISIS, I’d choose ISIS" 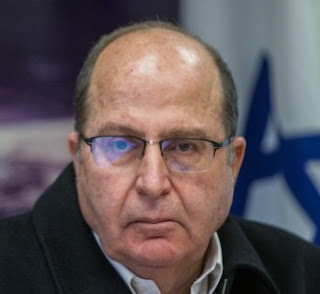 Israeli Defense Minister Moshe Ya’alon
ISIS “is not a threat for us."

Washington Post, Jan. 19 —  Speaking at the Institute for National Security Studies’ (INSS) conference in Tel Aviv on  Jan. 19, Israeli Defense Minister Moshe Ya’alon made a bold statement: If he had to choose between Iran and the Islamic State, he told the audience, he’d “choose ISIS.”

Ya’alon reasoned that Iran had greater capabilities than the Islamic State and remained the biggest threat for Israel. He argued that if Syria were to fall to one of the two powers, he would prefer it were the Islamic State rather than Iran or Iran-backed groups. “

...He also added that Israel shared common interests with the regional Sunni Muslim powers, who were also threatened by the Shia Muslim Iran.

...The comment did seem to highlight a widespread belief in  Israeli defense circles that the Islamic State is not a big problem for Israel and that Iran and Iran-backed groups like Hezbollah are of a bigger concern. This belief has been born out in policy: Israel has largely avoided any involvement in the fight against the Islamic State but has struck Hezbollah inside Syria.
...He has also dismissed the idea that the Islamic State was a direct threat to Israel. “ISIS is a new phenomenon, originating from al-Qaeda. This is not a threat for us,” he told The Washington Post’s Lally Waymouth in 2014.

Many prominent news outlets have refused to report Ya’alon’s appalling statement. Since Jan. 19 the New York Times has suppressed it entirely.

Moshe Ya'alon is mocking every American murdered in San Bernardino and all the people slaughtered by ISIS in Paris, as well as all Christians, Kurds and Shiites who have been beheaded and massacred, along with Christian churches destroyed. The Israeli Defense Minister’s preference for the conquest of Syria by ISIS would mean the wholesale extermination of the Christian and Alawaite population. Why isn’t his genocidal preference for the worst of all Islamic terrorist organizations front page news in the U.S.?

Who runs ISIS? The Israeli-Saudi Alliance 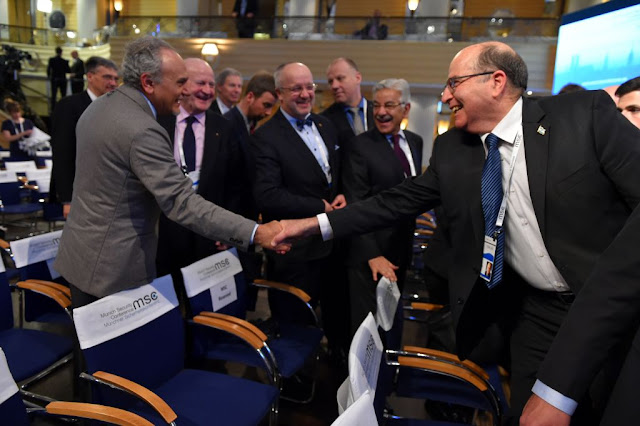 The Iranian Fars news agency reported on December 29, 2013 that the head of the Saudi intelligence service met with several senior Israeli security officials, including Tamir Pardo, the head of the Israeli Mossad. According to the report, the meeting took place in Geneva, Switzerland on November 27, 2013. Fars based its report on a whistleblower with access to Saudi classified information, who was named by the news agency as Mujtahid. According to Fars, he “is well connected with the inner circles of the Saudi secret service” and revealed the details of the meeting on his Twitter account. Mujtahid’s Tweet reportedly said that Prince Bandar and Israeli officials agreed on a number of crucial issues, including exercising stronger control over Syria’s Jihadist forces.

The Israelis are allies of the Wahhabist/Salafist terror network of ISIS. Israeli hospitals have been treating wounded ISIS and al Qaeda terrorists and then returning them to the battlefields.

Leading Saudi princes like Bin Talal admit they are in alliance with the Israelis.

It is the Saudi brand of Sunni (“Wahhabi”) Islam which forms the terrorist theology of both al Qaeda and ISIS:

Moshe Ya’alon was referring to Saudi Arabia when he stated, "Israel shared common interests with the regional Sunni Muslim powers.”

I saw Ya'alon's comments this morning and thought of the Revelation of the Method but they've still got a long ways to go if they want to reveal their method to the general public.

80% of them are unable read more than two sentences of an informative news article before they give up. Local TV news rarely mentions foreign policy related items, if they do it's a quick 10 second blurb about Iran getting nuclear weapons soon. CNN watched a building in Dubai burn down for hours recently and spent another few hours discussing Trump's disgust of public breastfeeding.

They've got their work cut out for them!