Merry Freedom from Bondage for You and Yours

A Very Merry Freedom from Bondage for You and Yours 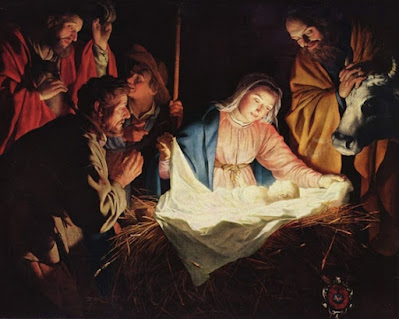 Amid all of the worldly distractions calling to you this day, I hope you have a few minutes to spare to consider that among the “angels heard on high” and the “shepherds keeping their sheep,” the son of God, who was also the son of the Blessed Virgin Mary, being incarnated over 2,000 years ago, broke many man-made, slave-customs of the Pharisees. The Apostle Paul distilled the chain-breaking liberation that personified the Good News of Jesus in one sentence:

“Stand fast therefore in the liberty wherewith Christ has made us free and be not entangled again with the yoke of bondage.” (Galatians 5:1)

I think of those words and then compare them with the captivity of the Catholics under Pope Francis — particularly Catholics whose form of worship is the 1,000-year old Tridentine Mass. The “Holy Father” is resurrecting Thomas Cranmer and the penal laws of the Crown of England which suppressed that Mass and drove English, Scottish and Irish Catholics to bankruptcy, imprisonment and even death.

When Vatican Council I voted for papal infallibility, those prelates put the whole of the Catholic Church in the yoke of bondage.

Yeah, yeah, the pope is "only infallible” when he speaks “from the chair” ("ex cathedra") in the strictly formal sense of promulgating a solemn dogma. The Talmudic loophole in that argument is located  in the concept of the “ordinary magisterium,” which the pontiff is said to possess as part of his daily office.

Moreover, the man who has the charism of a direct pipeline to heaven for infallible statements (even if not directly utilized), is held in awe and treated as a living saint figure by millions.

Lastly, the Church of Rome is set up so that the bishop of Rome is alone sovereign. He alone has absolute power over every detail of the Church. In Revisionist History® we have documented the covert role of Freemasonry in ensuring that the papal infallibility fraud was rammed through the Council in the 19th century. Now why would the Freemasons do that? As Catholic philosopher Lord Acton stated when he quit Rome, “Absolute power corrupts absolutely.” When the pontiff became absolutely corrupted by his infallible power, the Masons were confident they could place their own initiates on the pontifical throne. How right they were.

In the Protestant world, “evangelical" preachers and pastors who are “anointed" by Israeli army generals and Talmudic gedolim, and who draw their churchian faith from John Nelson Darby and Scofield’s commentary on the Bible, hold sway over millions, including most of the Republican Party, as well as state legislatures in the “buckle of the Talmud belt,” i.e. Tennessee, Texas, Arkansas etc. This is a species of Ku Kluxery, of race worship, in this case of the alleged children of Abraham. Jesus rebuked that false doctrine and declared that the children of Abraham are defined as only those who have Faith in Him (John chapter 8). But why believe Jesus when you’ve got Hagee, Huckabee and Hell on your side?

People claim they want to be free, but you’d be surprised what a tall order it is for most of them to avoid volunteering for one yoke of bondage or another. Being a slave to Protestant evangelicals, or Rome’s popes and prelates, is just as Antichrist and soul-rotting as being an abortionist or a Communist.

That little babe in the manger was the greatest freedom-fighter ever born into this world. Don’t betray His mission for the sake of allegiance to a bureaucrat, politician, pulpit huckster or pope.

This is my prayer for you this glorious Christmas, 2021