Bad Optics for the Cryptocracy

Bad Optics for the Cryptocracy

Thinking outside the Dialectic

As I work on my forthcoming book “Twilight Language” (the sequel to Secret Societies and Psychological Warfare due for publication in January), I’m immersed in the details of the alchemical programming of the people of the West, which makes me more attuned than usual to the intricacies of “The Process.” 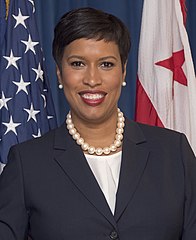 In this connection, the Thesis/Antithesis of the Dialectical method employed by Hegel and Karl Marx, is before our eyes: in the controversy raging since the black mayor of the District of Corruption, Muriel Bowser, called for the dismantling of several monuments, among them shrines devoted to Freemasons, including the Satanic-racist Albert Pike, and “good old” Ben Franklin. Permanently removing their icons and the occult obelisk known as the “Washington Monument” (about which our First President knew nothing and had no hand in), might clear up a good deal of spiritual smog hanging over our nation’s capitol.

(It has been appointed that Pharaonic obelisks occupy commanding places in many of the major cities of the West. The most dominating of this type, after the misnamed Washington monument, is the Egyptian obelisk installed in “St. Peter’s Square,” in Rome. For its occult significance cf. chapter 10, “The Grand Egyptian Lodge of Vatican City” [pp. 372-391] in The Occult Renaissance Church of Rome).

But of course the super-patriot Trump Antithesians will not hear a word of this. “God forbid that anyone should tamper with the (masonic) heritage of America!”

Of course, Sean Hannity, Rush Limbaugh, Franklin Graham and the rest of the motley Right-wing crew, would omit that masonic descriptor. Their opposition is cast in refrains of “My Country ‘tis of Thee...” (Sweet land of felony).

Now is the time when all good Hegelian robots will come to the aid of the Dialectic and denounce Mayor Bowser’s initiative. “How dare she demean Albert Pike! And what of wise old Ben Franklin, famous for announcing that he gave us a Republic — “if we can keep it.”

But some of us ask, what of the secret masonic history of these United States—the murders, stolen elections, suborned juries, corrupt prosecutors and judges—the whole epoch of secret society betrayal of that Republic which Master of Masons Franklin “gave” us?

Do the Hegelian “Conservatives” now running amok in opposition to the black leaders of Washington, D.C. imagine that the son of founding father John Adams, President John Quincy Adams, would mourn the loss of statues honoring Albert Pike, or even Benjamin Franklin, were he to learn of Franklin’s dark past?

Quincy Adams was one of the earliest charter members of the Anti-Masonic movement in America, which was born from the outrage over the masonic abduction and assassination in 1826 of ex-Mason William Morgan, author of a book revealing masonic secrets. New York Governor DeWitt Clinton helped to protect Morgan’s killers from prosecution.

A goodly number of Abraham Lincoln’s inner circle were sworn opponents of the Freemasons, including Secretary of State William Seward. They knew that the existence of an “Invisible Empire” within the commonweal would rot it from the inside. We saw the culmination of that rot in the assassination of John F. Kennedy, swathed as it was in masonic symbolism (cf. King-Kill/33 by James Shelby Downard and this writer).

Pike’s evil is fairly self-evident. His masonic handbook, Morals and Dogma, was a recruiting piece for “Set-An,” through the veneration of Sirius, represented as “the “Blazing Star” of the lodge — an emblem in Egyptian mythology of the dog-headed deity, Anubis. Pike was also a vicious and relentless hater of black people.

With “good old” Ben the iniquity is not as transparent. His prestige is so high as to be virtually unassailable. He of Poor Richard’s Almanack fame, with its wise saws and pithy observations, “Early to bed and early to rise...”

The problem is, Franklin himself didn’t get much sleep when he was a member of Sir Francis Dashwood’s Hellfire Club in England, where all-night Satanic rites with harlots were part of the aristocratic “fun.”

Even more damaging is Franklin’s complicity in the masonic murder of Daniel Rees in Philadelphia.

When he was 33-years-of-age, Franklin was implicated in the still mysterious masonic killing of Rees by members of the Philadelphia masonic lodge. The American Weekly Mercury newspaper accused Franklin of involvement in the gruesome murder (Rees was set on fire and burned to death). A “Satanic oath” had been administered to Rees. Franklin biographer Thomas Kidd does not deny that Franklin boastfully showed the oath to his friends, while mocking Rees.

Franklin was subsequently a witness at a criminal trial of Evan Jones, a Mason believed to have been the one who actually set Rees on fire. Jones was convicted of manslaughter—and then released without fine or imprisonment, or any other punishment for having taken the life of Rees (other than being branded on one hand). Franklin walked free, without being convicted. (Cf. Thomas S. Kidd, Benjamin Franklin, pp. 118-120).

Prof. Kidd exhibits zero curiosity about how it was that the colonial court set free a perpetrator convicted of manslaughter. What role, if any, did the masonic brotherhood have in this miscarriage of justice? Kidd is oblivious. The Rees case is the most serious major scandal at the center of Franklin’s entire life, whether religious or diplomatic. (This writer’s review of Kidd’s book can be read in its entirety online).

In 2020, many American blacks are less tolerant of political corruption in high places than some of their fellow Americans. Historical “prestige,” secret society pedigree and Pavlovian hup-two-three appeals to march behind Donald Trump and Israeli-lobby propaganda outlets such as Fox News and the Wall Street Journal, don’t suit.

The toppling of the idols of the masonic imperium, constructed when the Lodge was at the apex of its civic influence, would constitute a severe case of what the Chinese call a “loss of face,” and which post-modern scribes term, “bad optics.”

Whether or not the mayor of our nation’s capitol is misinformed on other topics is not the point here. Certainly a vote for Joe Biden is a vote for sentencing black youth to further confinement in failing public schools wholly captive to teachers’ unions, whose top priority is their own emolument and comfort.

However, before we join the Republicans in holding Bowser in sarcastic contempt, let us consider what a vote for Trump entails— the continuation of treasonous subservience to an Israeli-First mandate that George W. Bush propelled into the stratosphere, and which shreds Trump’s claims to an America-First mission. If Binyamin Netanyahu ordered Trump to jump into a war with Iran, Syria or even Russia, Trump’s only question would be, how high? Biden is likely to do the same, and thus we say, a pox on both their houses.

This writer shall never forget that when the corrupt courts of Louisiana repeatedly attempted to hound, disbar and remove from office New Orleans District Attorney Jim Garrison, the intrepid inaugural prosecutor of the JFK assassination conspirators, it was all-black juries that defiantly returned not-guilty verdicts.

Americans are being played in a race-card game that too often pits us against each other while obscuring the highest truths which are at stake in the struggle for our country’s destiny: eradicating criminal politics.

If the graven images of occult intriguers fall in Washington, it will be a time to rejoice and look to see what it is we have in common with those who will permit no Invisible Empire to keep our nation mired in judicial corruption, police brutality and diabolic wars.

Michael Hoffman is a revisionist historian without institutional affiliation. His writing and research are made possible by donations from truth-seekers and the sale of his books and recordings. He resides with his family in Coeur d’Alene, Idaho.