October 7, 2016 is the 167th anniversary of the death of anti-masonic author Edgar A. Poe (he didn’t like to be called "Edgar Allan;” he had contempt for his foster-father John Allan and signed himself Edgar A. — not Edgar Allan).

Eddy probably died from a blow to the head administered by Freemasons who took advantage of an election season to mingle among the ruffians who press-ganged passersby in the less salubrious districts of Baltimore, into voting for their candidate.

For a poet whose life was one of never-ending remembrance for his beautiful mother who he lost as a child, and his beautiful child-bride who also died young (of consumption), we can do no less in honoring the memory of this supreme anti-modernist. His disdain for commercialism and abhorrence of “equality” cannot easily be processed by Leftist “politically-corrects" who, if they knew what he actually believed, would agitate for the removal of the numerous plaques, statues and other tributes to Poe which were put up from the early twentieth century onward, across a highly literate and culture-hungry America. 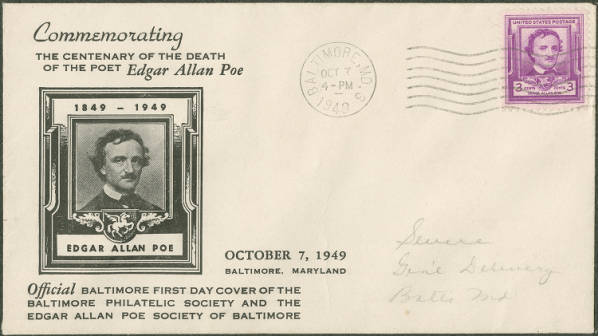 To mark the 167th anniversary of his passing we are offering on YouTube at no charge, our reading of his contra-masonic masterpiece, The Cask of Amontillado. We hope you enjoy it and that it will lead to a better appreciation and greater study of Poe.

It is unfortunate that high school English teachers too often limit Poe’s appeal by confining their students' reading to one or two of the more narrow, Pit and the Pendulum type horror stories which fail to convey the extraordinary depths of the originator of the detective and science fiction genres. The Fall of the House of Usher, The Black Cat, The Masque of the Red Death, and The Cask of Amontillado, along with a few of his greatest poems, are indispensable introductions to his genius and vision, and will serve to stimulate the reverie and imagination of most literate students.

A deeper voyage of discovery ought to include The Tomb of Ligeia; Hop Frog; The System of Dr. Tarr and Prof. Fether; Diddling Considered as an Exact Science; Never Bet the Devil Your Head; The Gold Bug and The Murders in the Rue Morgue, a feast to which more of the poems can be added.

These dozen or so stories and as many (or more) of his poems will serve as a worthy and illuminating entré to Poe's “Plutonian” shore of gothic-romantic, not-of-this world high strangeness, where marriage is unconsummated, feminine beauty is contemplated for its own sake and insults are avenged with fiendish ingenuity. The serious student will also wish to explore his extensive literary criticism and his philosophical treatise, Eureka.

Edgar A. Poe was born in the same year as Abraham Lincoln and was a year older than his nearly exact contemporary, Frederic Chopin, who died ten days after him, on October 17. 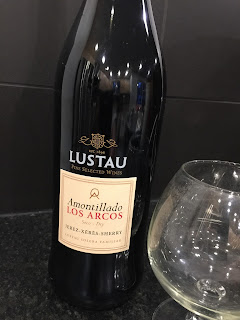 Let’s take out a bottle of dry sherry (Amontillado is best), play Chopin, or Stephen Foster melodies, recite his poems and lift a glass to the eminent American author who wrote, “All that we see or seem is but a dream within dream.”

***
Michael Hoffman is the author of essays on Poe and has performed recitations of his work. When he was four-years-old his mother began reading to him from Poe’s Tales of Mystery and Imagination, and by the age of nine he was reciting The Raven from memory and writing mystery stories in imitation of his antebellum hero. Some years ago, shortly before his mother passed away, Michael asked her why she read Poe to him at so precocious an age, since she was not a particular fan. She replied that she couldn't explain it. She only knew that something had led her to recite Poe in her young son’s presence. 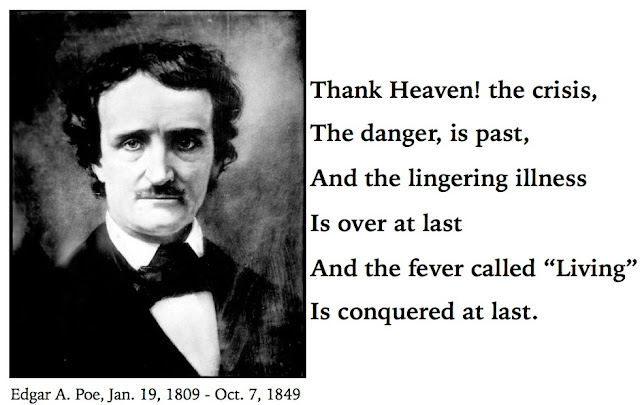 Thank you for a wonderful reading of The Cask of Amontillado. When I read the poem in high school, in the 1970s, the teacher neglected to mention the significance of the trowel and masonry. However, I'm not surprised by the oversight.

Thanks for the reading, and for putting out the story and image of this great American. It's fascinating to learn of the anti-masonic aspect in Poe's work, one of the many things I would never know without reading the work of Mr. Hoffman.

I'm running for Congress and on the ballot of the Libertarian Party of Texas. Anyone interested in assisting me in resurrecting the Anti-Mason Party in Texas for my run for Governor in 2018? I'm at 432.934.6338. Viva Cristo Rey!