Too crazy to be true — but it is!
Orthodox Judaism: for Yom Kippur, wave a chicken around your head, transfer your sins into it, and then slaughter it

The superstitions of pagan Judaism:

"It is the custom on Erev Yom Kippur to ritually slaughter a white rooster during the morning ‘watch’ after Selichot, for then a thread of divine grace prevails in the world. We slaughter it to subdue supernal severities, and take out its blood to ‘sweeten’ the severities. It is called Kapparah (expiation), as was the scapegoat. Each member of the household should have a Kapparah — a rooster for each male and a hen for each female. A pregnant woman should have three fowls: a hen for herself, and a rooster and a hen for the unknown gender of the child.”

(The text goes on to stipulate that the chicken must be rotated around the head nine times).

[Kaparot is spelled alternately with one letter “p" or two; either is acceptable] 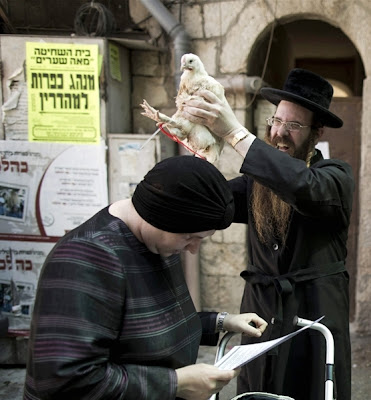 If you think Orthodox Judaism is of the Bible, then you need to have your head examined (and your chicken coop locked) 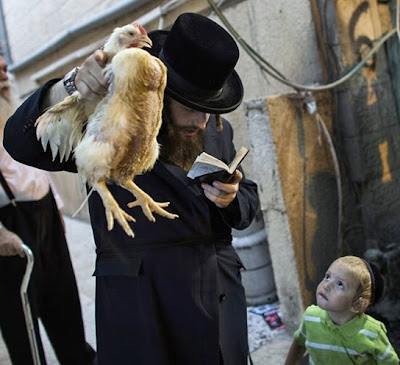 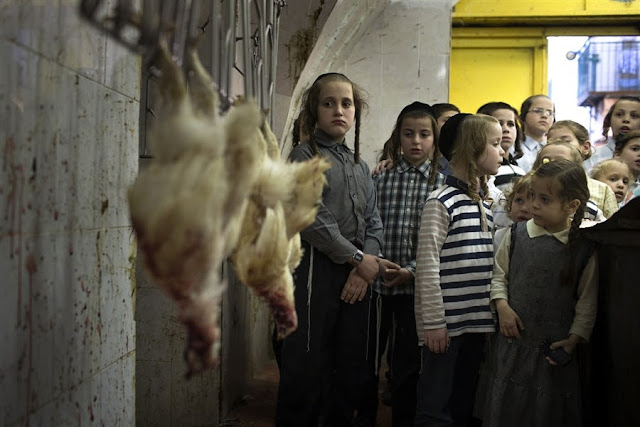 ***
Donations toward the continuation of our work are gratefully accepted