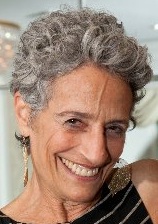 RACHEL ABRAMS wrote that Palestinians are "animals" and their children "devils' spawn." Mrs. Abrams' hatred was endorsed by the Washington Post's Jennifer Rubin ("Rubin said that she admires Abrams, has quoted her a lot, thinks she's an excellent writer and endorsed the sentiment behind the Abrams blog post").

Big Media, like the New York Times, have suppressed all reporting of this volcanic Talmudic hate by a prominent Zionist who is the wife of Elliott Abrams. Racist statements by Zionists and Khazars are protected from sustained reporting and editorial outrage.

The Talmud decrees that gentiles are lesser beings that do not possess the Neshamah HaElyonah which superior Judaics possess. Therefore, hate-speech directed against Palestinians and their children does not register in the western media the way it would if it were directed at fully human beings.


A blessed Christmas to you, Michael and all the faithful. It is absolutely and without exception only to be preferred to be a part of the remnant of the faithful,than to go to hell with the mob.